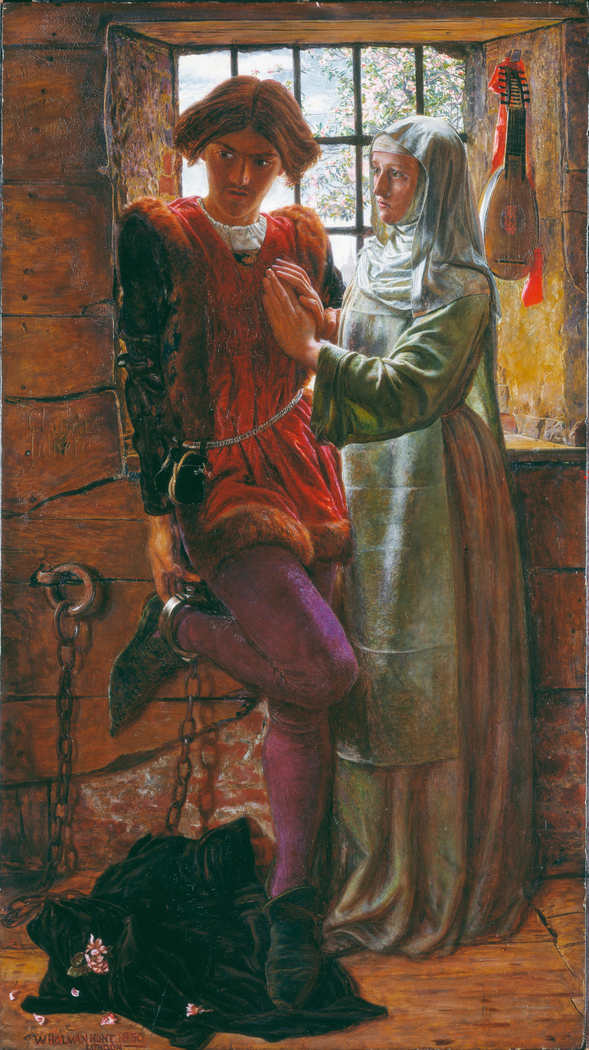 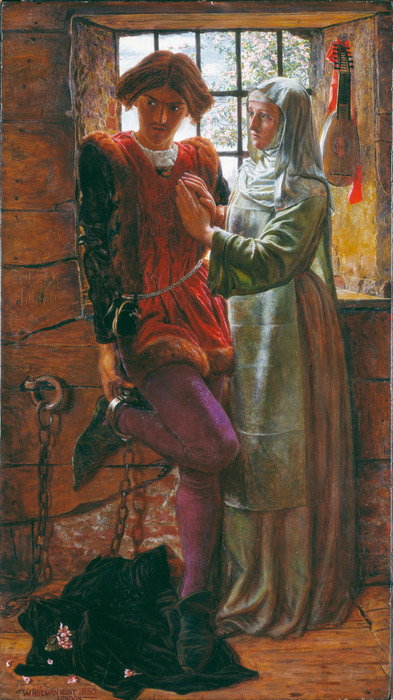 1850
Presented by the Trustees of the Chantrey Bequest 1919

The picture illustrates the dilemma of Claudio and Isabella and is based on a scene from Shakespeare's Measure for Measure. Claudio's life can only be saved if his sister Isabella agrees to sacrifice her virginity to Angelo, the absent Duke's deputy. The moment is summed up by these lines from the play, which Hunt inscribed on the picture frame: 'Claudio. Death is a fearful thing. Isabella. And shamed life is hateful.' However, the painting is more than a mere illustration of Shakespeare's words, and Hunt conditions our response through the picture's subtle imagery. [Read more ...]