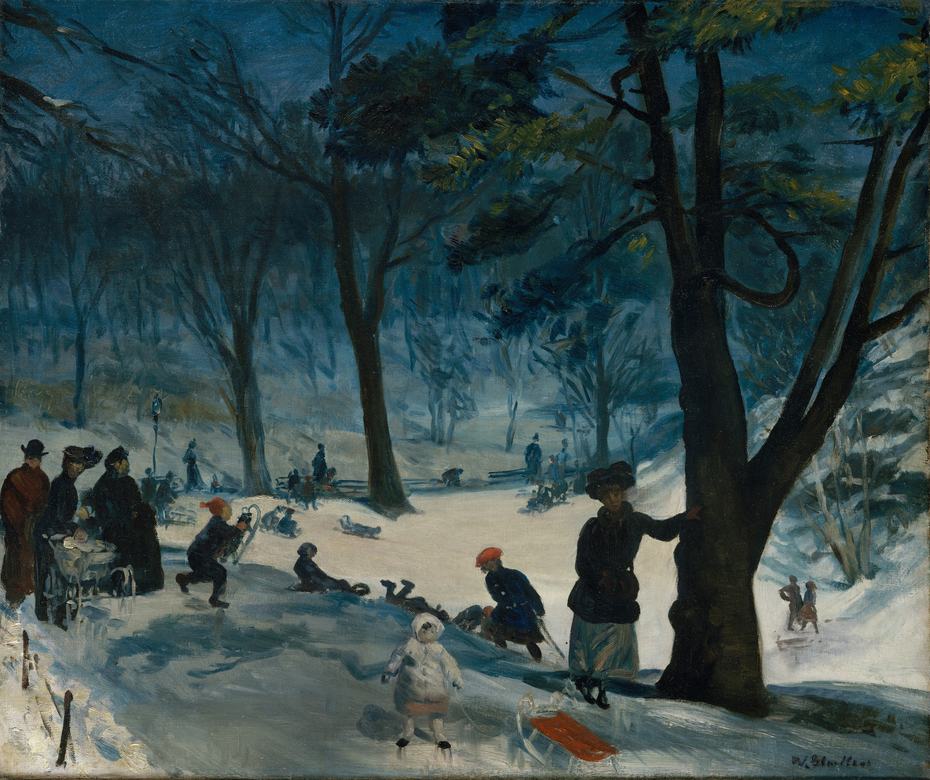 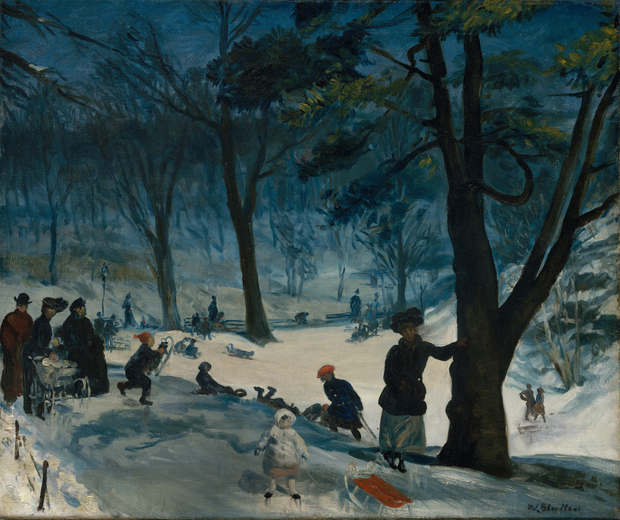 1905
Philadelphia-born and educated William Glackens moved in 1895 to New York, where he continued to work as a successful newspaper and magazine illustrator. By 1904 he had given up illustration for painting. Yet his talent for quick characterization, gesture, and composition continued to influence his art, as seen in this incident-filled scene of a snowy day in Central Park. Like his Ashcan colleague John Sloan, Glackens became an important advocate for progressive painting in the years after the 1913 Armory Show, heading artist organizations and shaping the important modernist collection of his childhood friend Albert C. Barnes.

Notes from the contributor:
George A. Hearn Fund, 1921

Size:
25 x 30 in. (63.5 x 76.2 cm)
Medium:
Oil on canvas
License:
Courtesy of the Metropolitan Museum of Art
For more:
http://www.metmuseum.org/collection/the-collection-online/s…