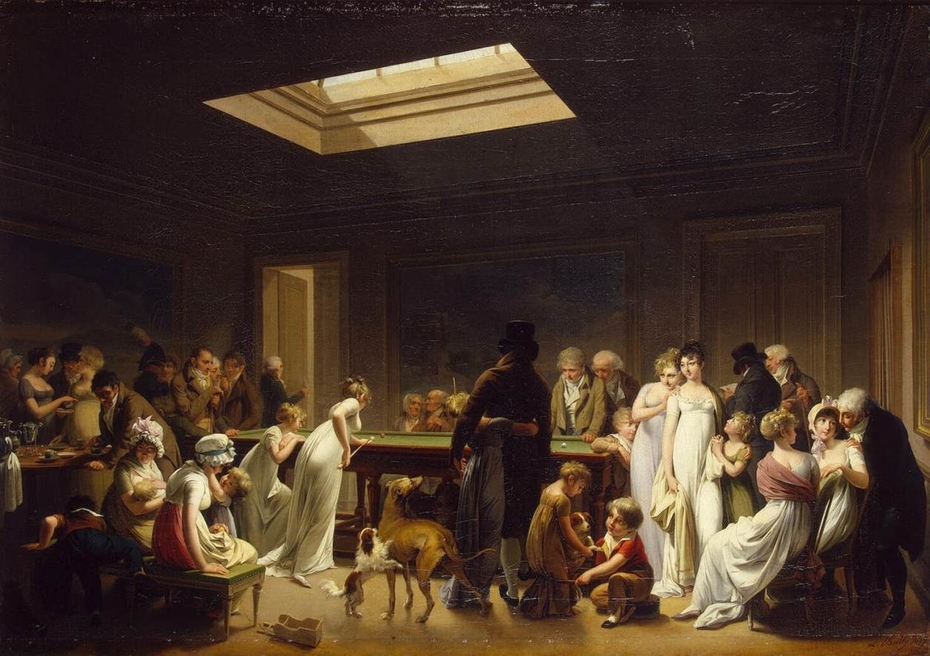 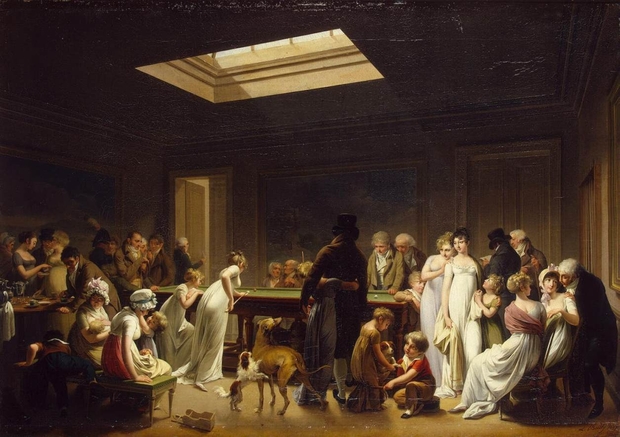 Hermitage Museum
Entered the Hermitage in 1925; formerly in the Yusupovs' collection

Description:
Boilly's painting encapsulates the era of social change in France after the Revolution of 1789, with its affirmation of new tastes and norms of behaviour. During the period of the Directory and the First Empire, billiard rooms became like clubs to which people came not only to play the game but also to meet friends, to make new acquaintances, to gossip and flirt. Here tidbits of family and society news were exchanged, the latest political and social events were discussed. The main character of the painting is a woman playing billiards, which testifies to the liberal manners of Napoleon I's age, since before that only men were fond of this game. Boilly's fine observation and presentation of characteristic figures of different ages and social groupings, as well as his skill in conveying light, space, details of the interior and costume, rank him among the greatest genre painters of the 17th and 18th centuries.

License:
Courtesy of the Hermitage Museum
For more:
https://www.hermitagemuseum.org/wps/portal/hermitage/digita…