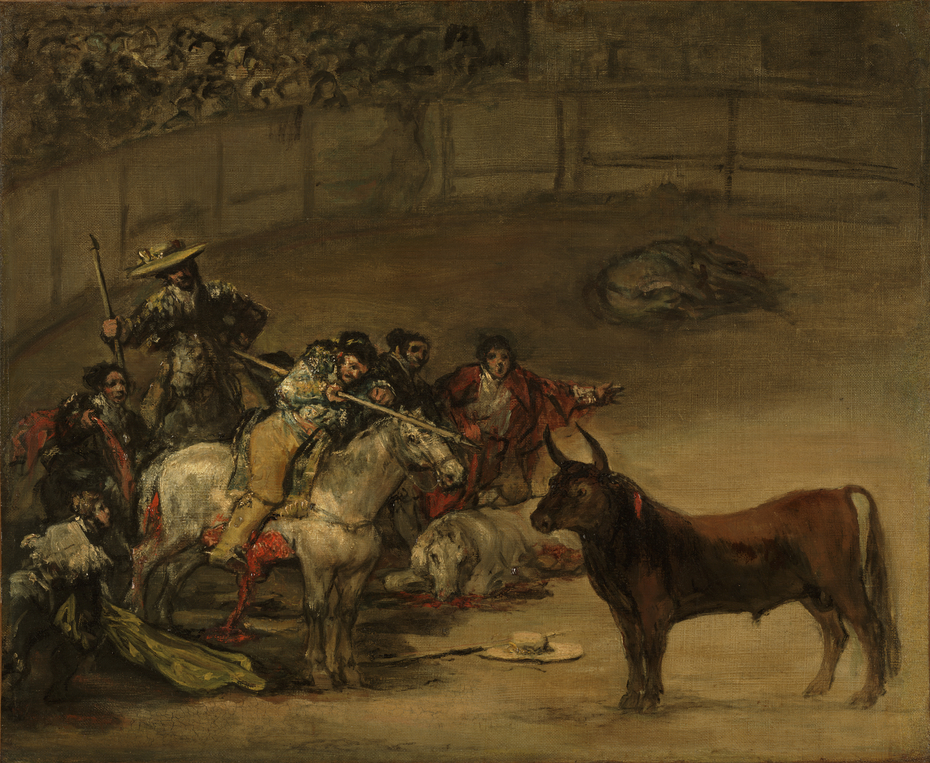 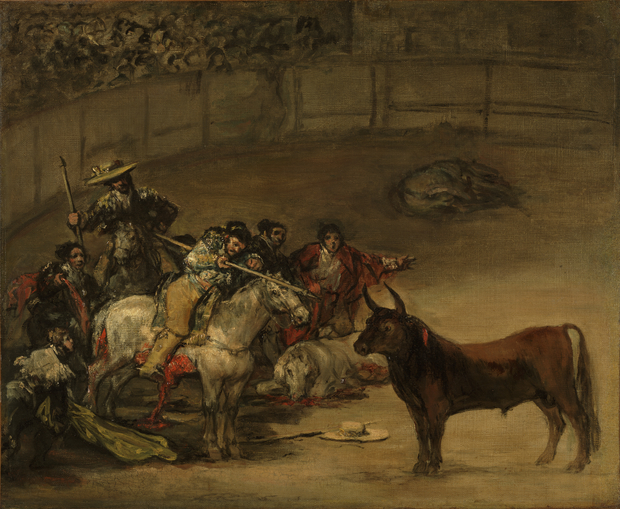 1824
Before a mesmerized crowd, man and beast dramatically confront one another. The fiercely determined picadorleans forward and gathers all his strength, readying himself to stab the impassive bull with his sharp lance. Dying or wounded animals lie on the ground, and the bloody undersides of the picador's horse convey the abusive and violent aspects of the sport of bullfighting. The bull coolly eyes his opponent as a group of fearful men try to distract the savage animal.

Francisco José de Goya y Lucientes painted this work late in his career when he had begun experimenting with different techniques. Showing remarkable freedom, Goya used a heavily loaded brush, a palette knife, a rag, and even his fingers to apply paint to the canvas. Thick black strokes of paint suggest tension and movement, while dark shadows and a faceless crowd in the background lend an ominous air to this emotional confrontation.