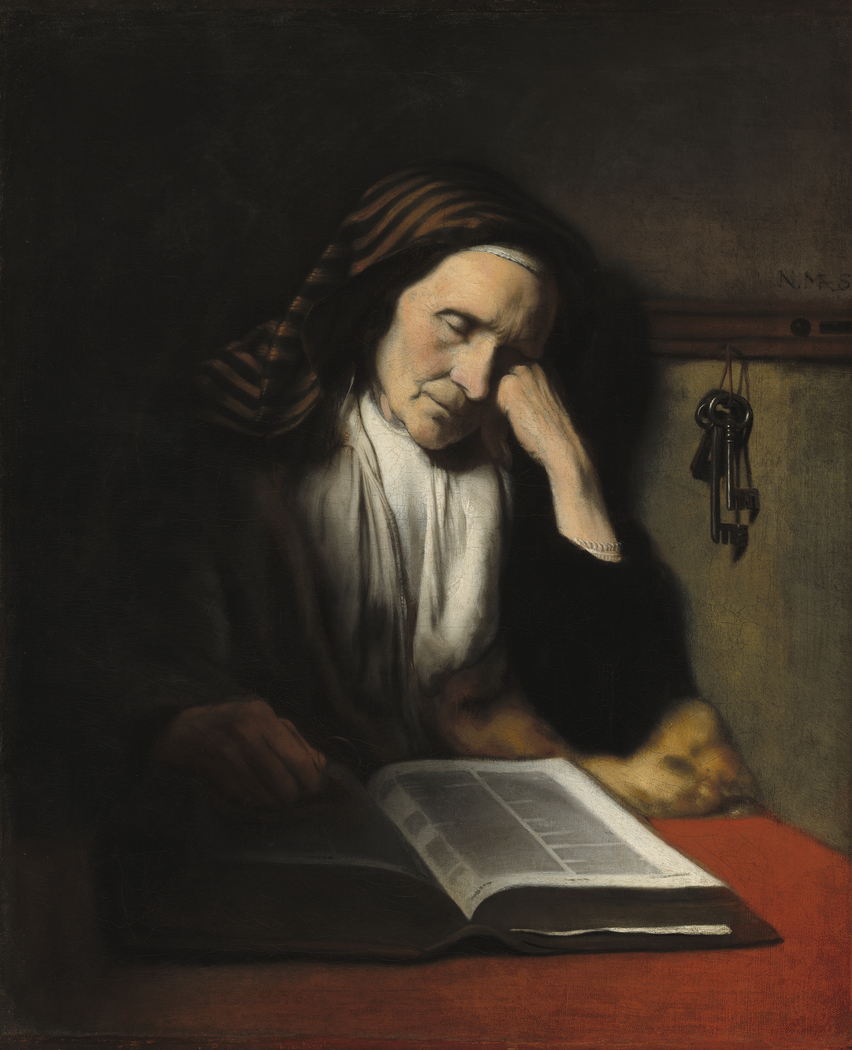 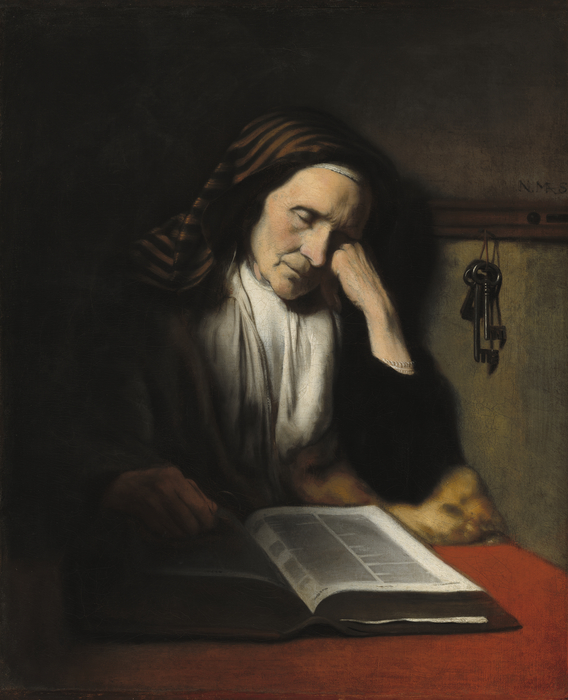 An Old Woman Dozing over a Book

In numerous paintings Maes explored the theme of a dozing woman who shirks her responsibilities. Here, the signs of sloth are subtle: the household keys, indicating worldly duties, dangle idly from a nail in the wall, and the opened Bible remains unread, suggesting that she has closed her eyes to the word of God.

Many of the props Maes used in this work reappear in other paintings from this period, as does his elderly model. Her identity is unknown, but she may have been a relative. Perhaps Maes followed Rembrandt’s example and used his mother for his representations of older women in his moralizing images of the mid-1650s. These didactic works were made after Maes returned to Dordrecht, where he married the widow of a preacher in 1654. Dordrecht was a Calvinist stronghold, so paintings that stressed moral responsibility probably had a ready market.