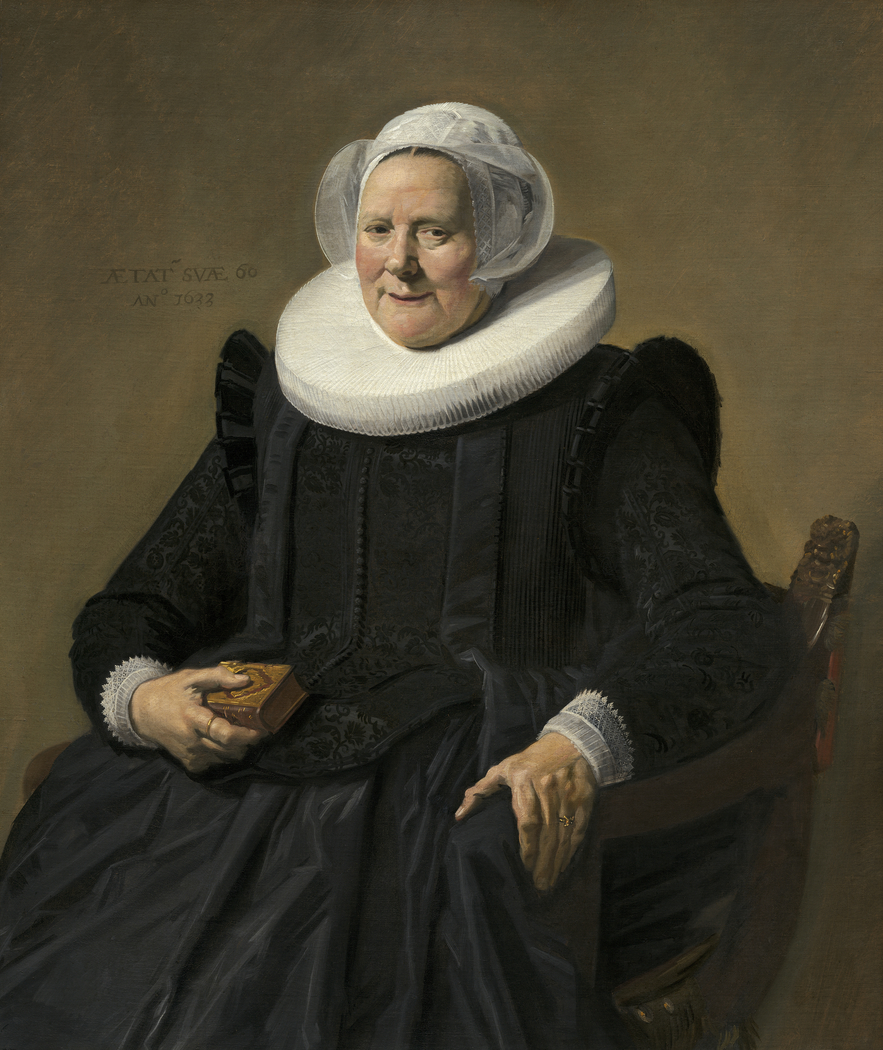 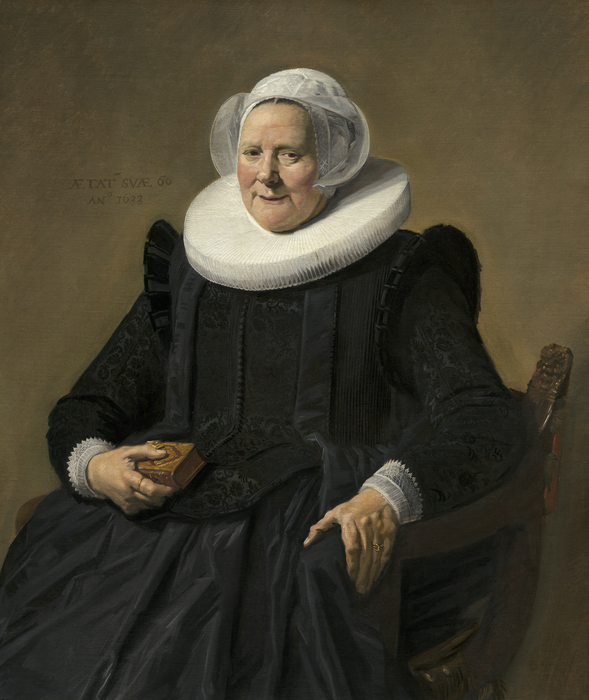 Portrait of an Elderly Lady

1633
The strength and vitality of the people who helped establish the new Dutch Republic are nowhere better captured than in the work of Frans Hals, who was the preeminent portrait painter in Haarlem, the most important artistic center of Holland in the early part of the seventeenth century. This unidentified sitter—one of Hals’ most impressive portraits—was sixty years old when the painting was made, according to the artist’s inscription. Hals conveys her strong personality through the twinkle in her eyes, the smile on her lips, the firm grip of her hand on the chair, and the boldness of her silhouette against the light gray-brown background. The small Bible or prayer book she holds implies a pious character, and her clothing is conservative for the period. The velvet-trimmed brocade jacket, satin skirt, and lace cuffs and cap are nonetheless of the highest quality and remind us that Haarlem’s wealth derived from the processing of and trade in textiles. The woman’s elaborate linen ruff collar, starched and supported by concealed wires, was gradually going out of style at this time.

Hals’ portraits were often commissioned as pendants in which a husband and wife face each other, with the man on the left and the woman on the right. It is quite possible that a similarly sized Portrait of an Elderly Man standing behind a chair, currently in the Frick Collection, New York, is the pendant to this superb and engaging work.


Note by the contributor Emily Wilkinson:
Frans Hals is renowned for the detail and realism expressed in his portraiture, and it was these qualities which also made him popular among his 17th-century patrons. This lady is carefully depicted. Her characterful face, slight smile, and firm-handed grip all give us an idea of her personality, while her velvet jacket and satin skirt remind us of her wealth.