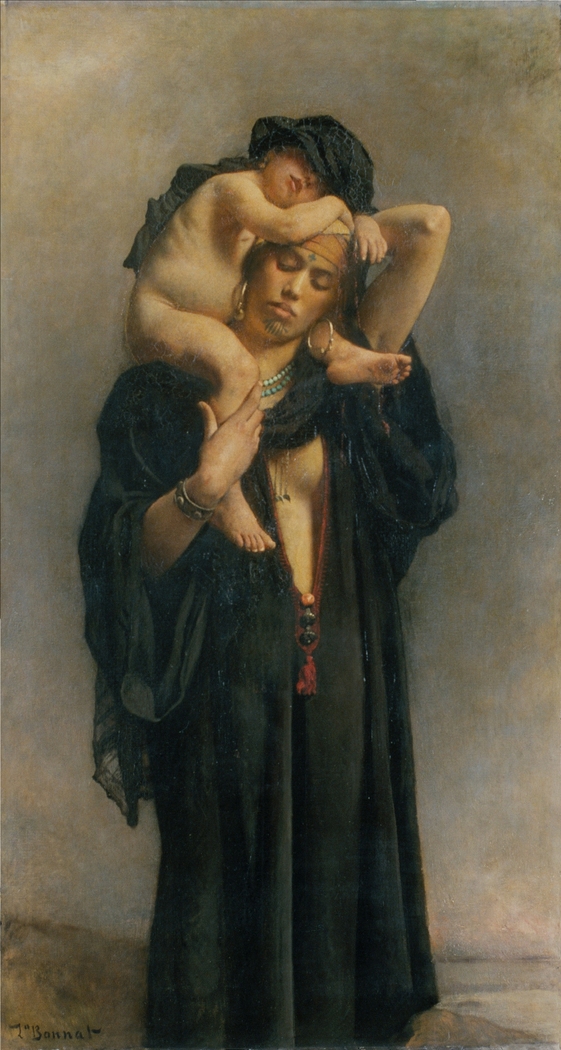 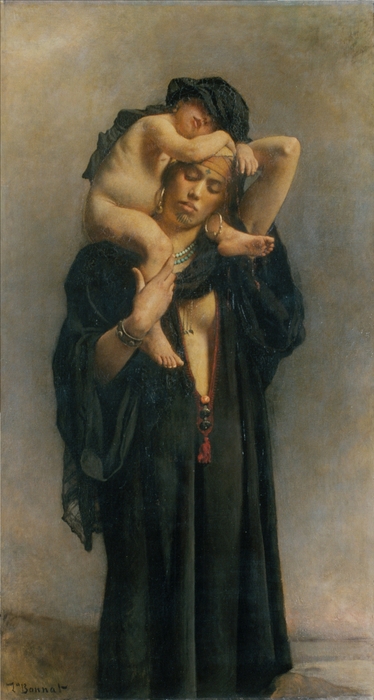 An Egyptian Peasant Woman and Her Child

1869 - 1870
Bonnat is said to have studied this peasant woman and child from life while he was in Egypt for the opening ceremony of the Suez Canal in 1869. The painting was praised at the Paris Salon the following year and again when it was first exhibited in New York in 1876. When Catharine Lorillard Wolfe bequeathed the picture to the Metropolitan it was deemed "a true and vital portrait of two clearly realized individuals [with] a wonderful dignity, sobriety, strength, and beauty."
There is a full-length oil study for this painting in the Musée Bonnat, Bayonne. (Source: The Metropolitan Museum of Art)

License:
Courtesy of the Metropolitan Museum of Art
For more:
https://www.metmuseum.org/art/collection/search/435711