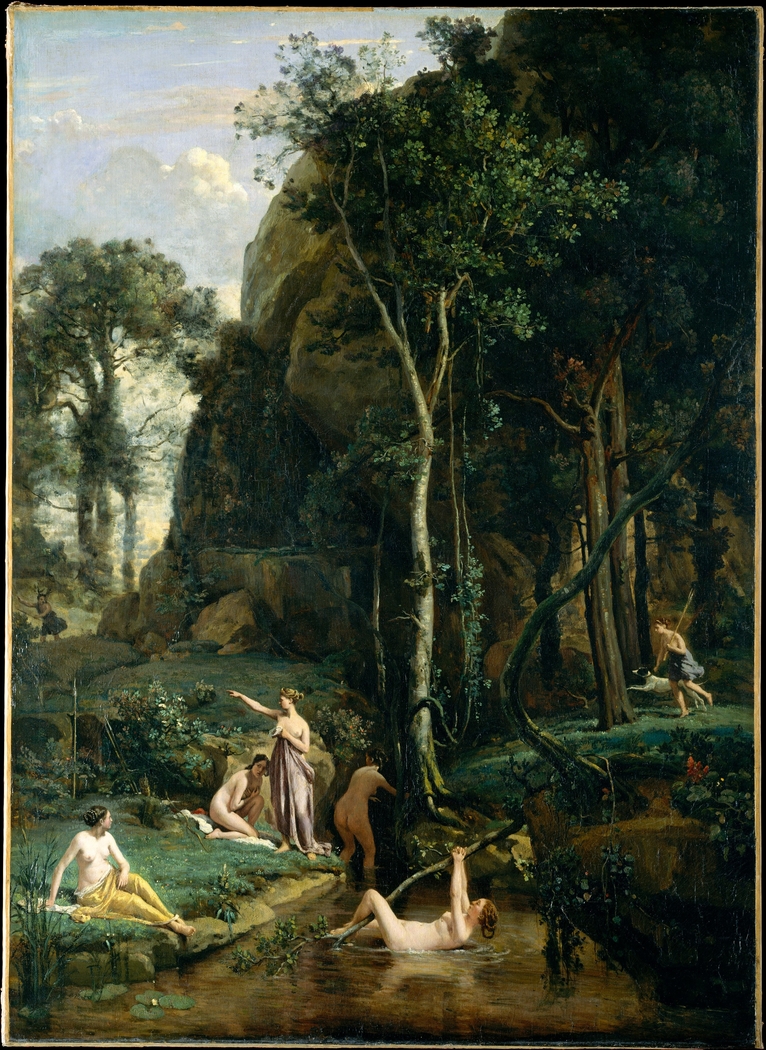 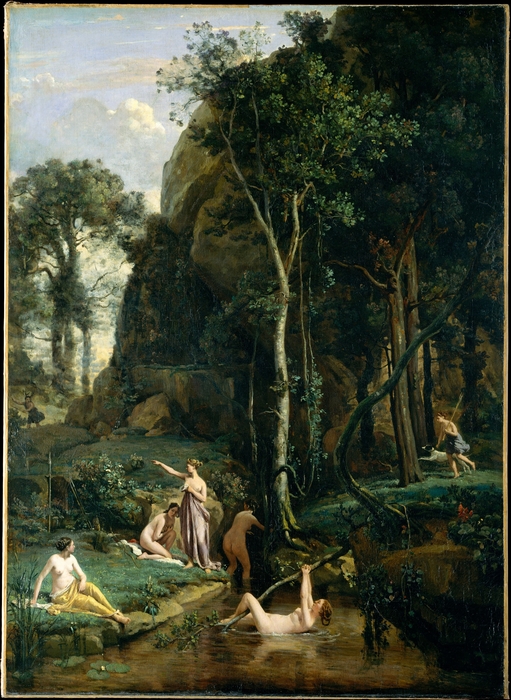 Diana and Actaeon (Diana Surprised in Her Bath)

1836
From its imposing size to its refined execution, this painting is elegant testimony to Corot’s ingenuity: the landscape appears surprisingly natural, yet it is painstakingly composed. The narrative, from Ovid’s Metamorphoses, recounts the fate of a young hunter Actaeon as he encounters the naked figure of the goddess Diana and her nymphs enjoying a woodland bath. Diana, in a fit of embarrassed fury, splashes water on the unwitting hunter, transforming him into a deer.

There is a marked difference between the general tight handling of paint and tonal contrasts, and the background on the left, which is sketchy and silvery in tone, typical of Corot’s late style. A year before the artist died, he was asked to repaint this passage as a courtesy to the picture’s new owner. (Source: The Metropolitan Museum of Art)