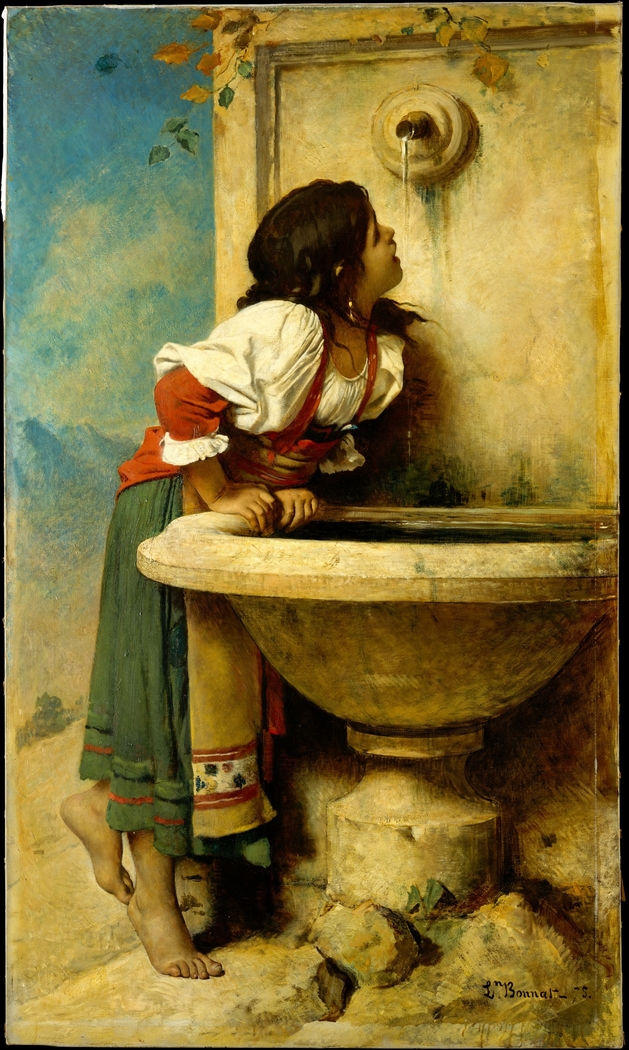 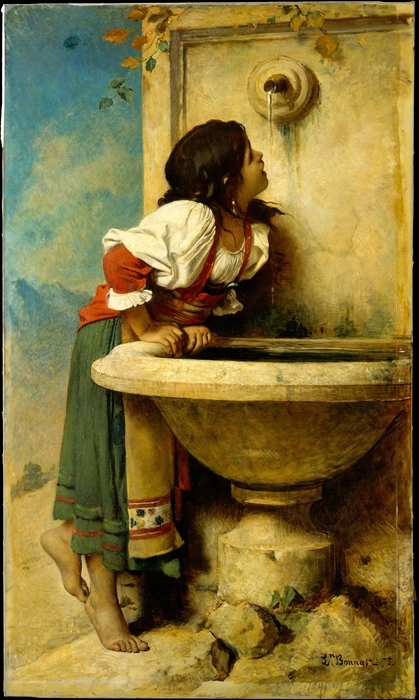 Roman Girl at a Fountain

1875
This picture is one of the last genre scenes that Bonnat produced before he turned exclusively to portraiture. He probably agreed to paint the work for Catharine Lorillard Wolfe about 1873. Two years later the painting was delivered to Wolfe’s Madison Avenue brownstone, where it hung in the library, along with her three-quarter-length portrait by Cabanel (87.15.82). In October 1885, soon before she died, Wolfe moved Roman Girl at a Fountain, said to be one of her favorite works, to a specially constructed niche in her dining room. (Source: The Metropolitan Museum of Art)

License:
Courtesy of The Metropolitan Museum of Art
For more:
https://www.metmuseum.org/art/collection/search/435708