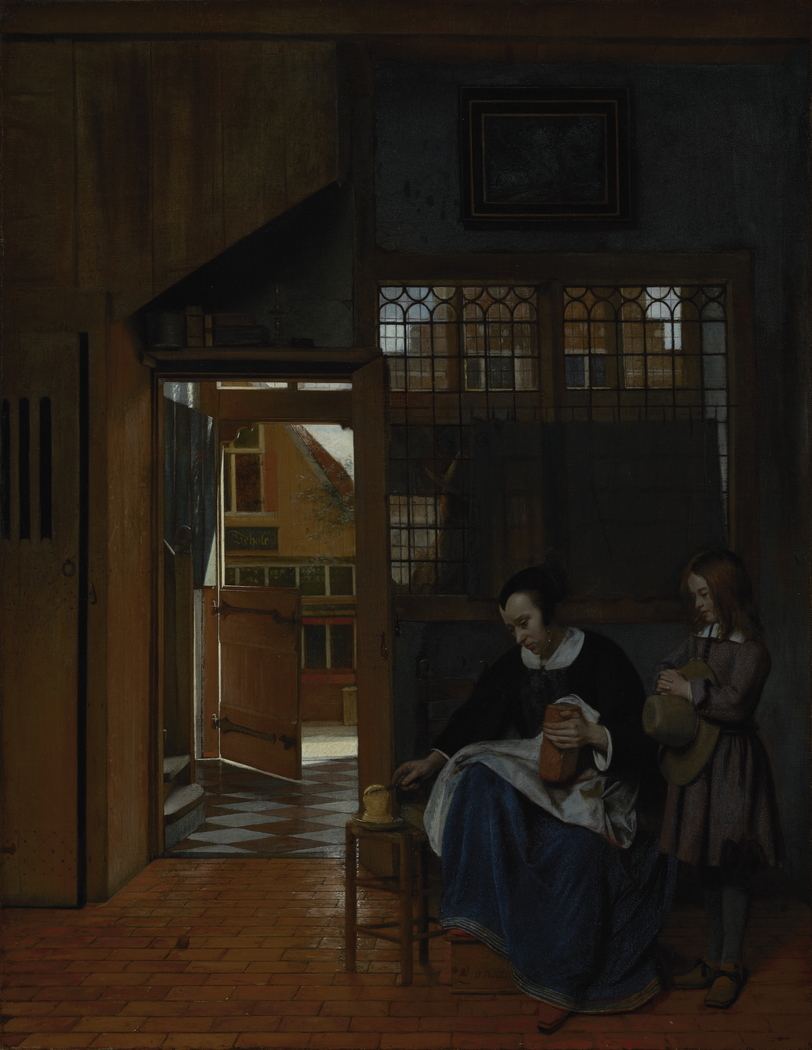 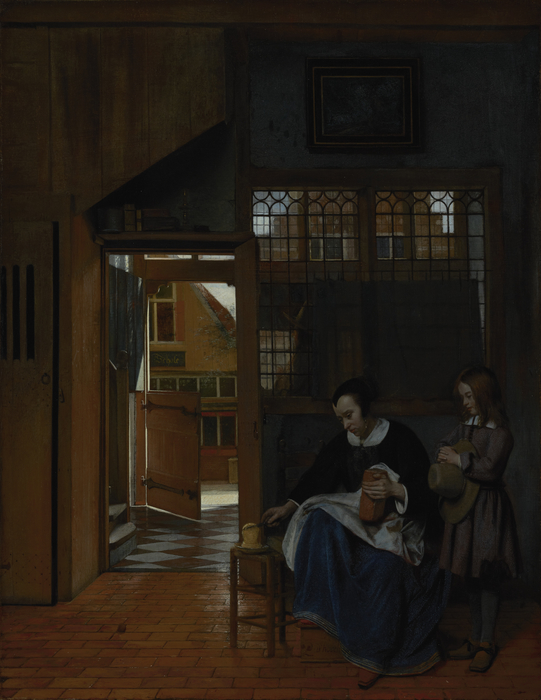 A Woman Preparing Bread and Butter for a Boy

1660 - 1663
A mother butters bread while her son stands beside her, his head bent in prayer over the food. He is about to depart for the school seen through the open front door and identified by the sign reading schole. A small triangular niche above the inner doorway holds several books and a candlestick, perhaps alluding to the enlightenment that education brings. A small top lying on the floor in front of the chamber doorway may refer to a Dutch proverb that states a child and a top will both fall idle unless continually "whipped." Education and proper attitudes toward child-rearing were important issues in Protestant countries during the seventeenth century, and many paintings made during this period contain moral overtones and pious references.

The use of vertical lines and geometric forms conveys the orderly simplicity of this interior scene. Natural light spills through the front door and onto the tiled entryway. In contrast, the foreground interior is dark, emphasizing a solemn and reverent moment in Dutch domestic life.