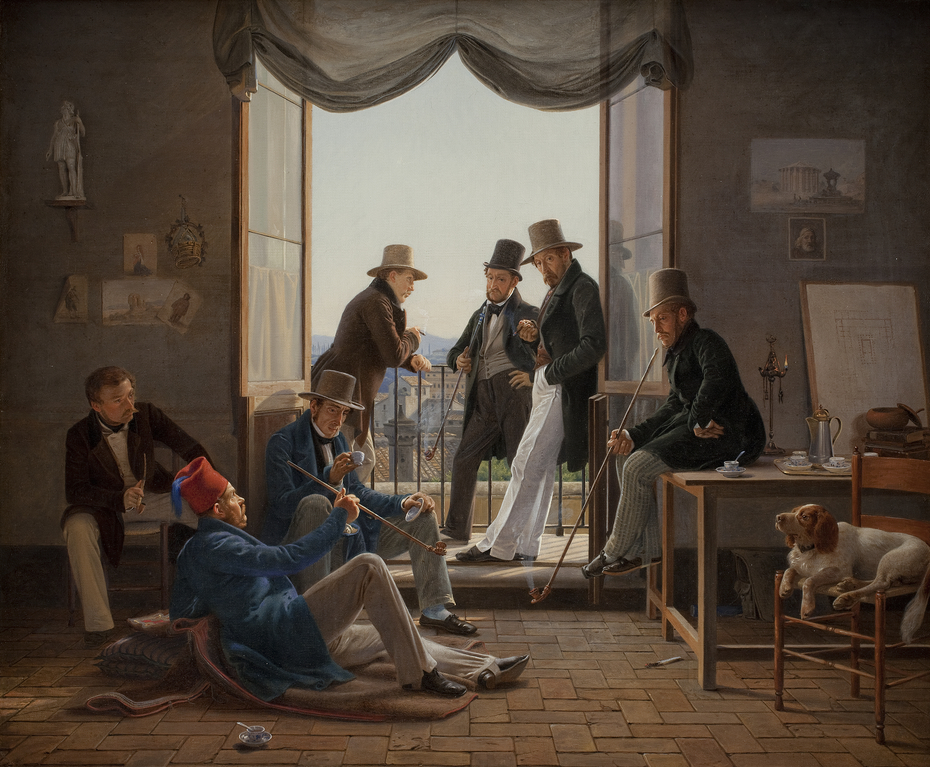 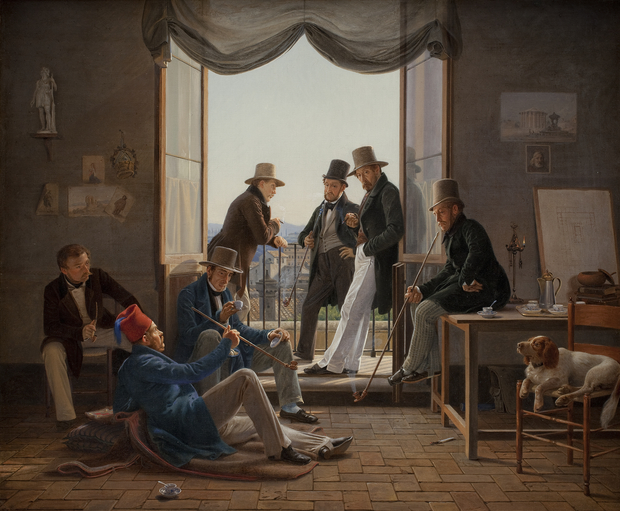 A Group of Danish Artists in Rome

1837
A group of Danish artists are gathered in a room in Rome. Not, however, to celebrate as was their wont when meeting each other during their sojourns abroad.

A discussion of art
The objective of their assembly is far more serious: They are discussing art. Speaking from the floor, the architect Gottlieb Bindesbøll (1800-1856) relates the experiences of his recent travels in Greece, a country that was unfamiliar territory to most Europeans at the time due to the many years of Turkish occupation. The other artists listen with varying degrees of interest and attention.

Inspired by contemporary reality
Constantin Hansen was very ambitious when painting this picture. He let himself be inspired by Renaissance depictions of artists, transforming them to suit the ideals of his own era. Through the doors we see the greatest source of inspiration for the artists of the time: contemporary reality. Constantin Hansen prepared the painting carefully, painting studies of each participant, and he had his fellow artist Albert Küchler (1803-1886) paint a study of himself.

The artists in the painting
From the left the persons depicted are: the artist himself, Bindesbøll, Martinus Rørbye (1803-1848), Wilhelm Marstrand (1810-1873), Küchler, Ditlev Blunck (1798-1853), and Jørgen Sonne (1801-1890). With its serious atmosphere the painting stands out among the pictures of carefree Italian living that Danish audiences saw so many of at the time.﻿ 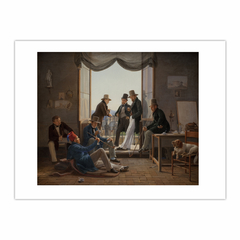