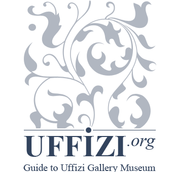 The “Galleria degli Uffizi” is one of the most famous museums in the world given the rich amount of unique artworks and masterpieces conserved within its walls, the majority from the Renaissance period. The main part of the collections were left by the Medici to the state of Tuscany so that they could “adorn the State, be of utility to the Public and attract the curiosity of Foreigners”.
Located in the heart of Florence, the Uffizi Gallery hosts works of art by great Italian artists such as Botticelli, Giotto, Cimabue, Michelangelo, Leonardo da Vinci and Raffaello, just to name a few of the most famous. Its large collection has works from all centuries but a large part dates back to the periods between the 12th and 17th centuries.