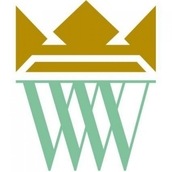 Wilanów Palace or Wilanowski Palace (Polish: pałac w Wilanowie) is a royal palace located in the Wilanów district, Warsaw. Wilanów Palace survived Poland's partitions and both World Wars, and so serves as a reminder of the culture of the Polish state as it was before the misfortunes of the 18th century.

It is one of Poland's most important monuments. The Palace's museum, established in 1805, is a repository of the country's royal and artistic heritage. The palace and park in Wilanów hosts cultural events and concerts, including Summer Royal Concerts in the Rose Garden and the International Summer Early Music Academy.

The palace, together with other elements of Warsaw Old Town, is one of Poland's official national Historic Monuments (Pomnik historii), as designated September 16, 1994. Its listing is maintained by the National Heritage Board of Poland.

Since 2006, the palace has been a member of the international association of European Royal Residences. [source]
more >
2