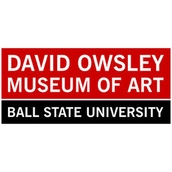 Ball State’s tradition of innovation and entrepreneurship is rooted in the late 19th century, when Muncie business leaders envisioned a local college to help boost the city’s development. Among the visionaries were Frank C. Ball and his brothers, young New York industrialists who moved to Muncie looking to expand their glass container business. A small, private teacher training school opened 1899.

After the community’s efforts to sustain the college failed, the Ball brothers purchased the land and buildings of the defunct institution and donated them to the State of Indiana. This gift became the Indiana State Normal School Eastern Division, which opened in 1918 to meet Indiana’s need for more and better teachers.

In recognition of the Ball family’s generosity, the Indiana General Assembly changed the school's name to Ball Teachers College in 1922 and then Ball State Teachers College in 1929. The winged statue Beneficence stands on the campus as a tribute to the family. This and other landmarks from Ball State's early years are featured in our historical walking tour of the Old Quadrangle. [source]
more >
3