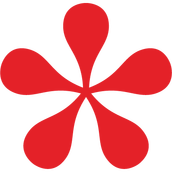 Following the success of the 1876 Centennial Exhibition held in Philadelphia, the Women’s Art Museum Association was organized in Cincinnati with the intent of bringing such an institution to the region for the benefit of all citizens. Enthusiasm for these goals grew steadily and by 1881 the Cincinnati Museum Association was incorporated. Just five years later, in May 1886, a permanent art museum building was completed in Eden Park and was heralded worldwide as “The Art Palace of the West", known today as Cincinnati Art Museum (CAM).

By the turn of the twenty-first century, the museum’s collection numbered over 60,000 objects and, today, is the largest in the state of Ohio. In 2003, CAM deepened its ties with the Greater Cincinnati community by opening the popular and expansive Cincinnati Wing, the first permanent display of a city’s art history in the nation. In addition, on May 17, 2003, the museum eliminated its general admission fee forever, made possible by The Lois and Richard Rosenthal Foundation.
more >
8