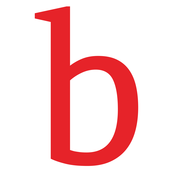 Home to the largest collection of Gustav Klimt’s paintings, the Belvedere in Vienna ranks among the world’s most striking and significant museums. The Belvedere holds the greatest collection of Austrian art dating from the Middle Ages to the present day, placed in an international context.

The museum is housed in two magnificent palaces – the Upper and Lower Belvedere. These were built in the eighteenth century as the summer residence of the legendary general Prince Eugene of Savoy (1663–1736) and are the work of Johann Lucas von Hildebrandt (1668–1745), a pre-eminent architect of the time. As one of the world’s most stunning Baroque landmarks, the palaces with their extensive gardens have been listed a UNESCO World Heritage Site since 2001.

The Winter Palace was originally Prince Eugene of Savoy’s stately city residence. After his death, it was acquired by Empress Maria Theresa before being used for the Court Treasury and, after 1848, the Ministry of Finance. It was opened to the public in 2013, and thus transformed into a center of art and culture once again.
more >
11