1801
This is the Belvedere version of 'Napoleon Crossing the Alps' (also known as 'Napoleon at the Saint-Bernard Pass' or 'Bonaparte Crossing the Alps'), which are the titles given to the five versions of an oil on canvas equestrian portrait of Napoleon Bonaparte painted by the French artist Jacques-Louis David between 1801 and 1805.

Initially commissioned by the king of Spain, the composition shows a strongly idealized view of the real crossing that Napoleon and his army made across the Alps through the Great St. Bernard Pass in May 1800. 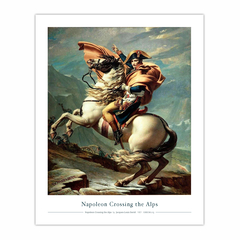 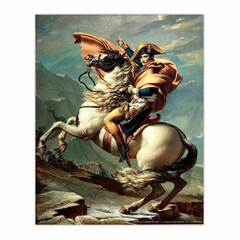