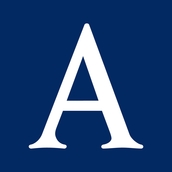 One of the world’s finest art collections has been housed since 1805 in the Albertina, a grand Viennese palace in the Neoclassical style. The palace takes its name from the collection’s founder, Duke Albert of Saxe-Teschen (1738-1822), a son-in-law of Austrian Empress Maria Theresa (1717-80). It was built in 1744 for Count Emanuel Teles Silva-Tarouca (1696-1771).

With permanent loan of the Batliner Collection, the holdings of the Albertina came to include one of Europe’s largest and most important private collections of classical modernist paintings. Compiled by Rita and Herbert Batliner beginning in the 1960s, the collection has been providing substantial enrichment to the Albertina, and thus to Vienna as a city of museums, since the autumn of 2007. The Batliner Collection forms the core of the museum’s permanent exhibit with around 500 works that span an arc covering the most fascinating chapters from 130 years of art history, from French impressionism to the present.
more >
13