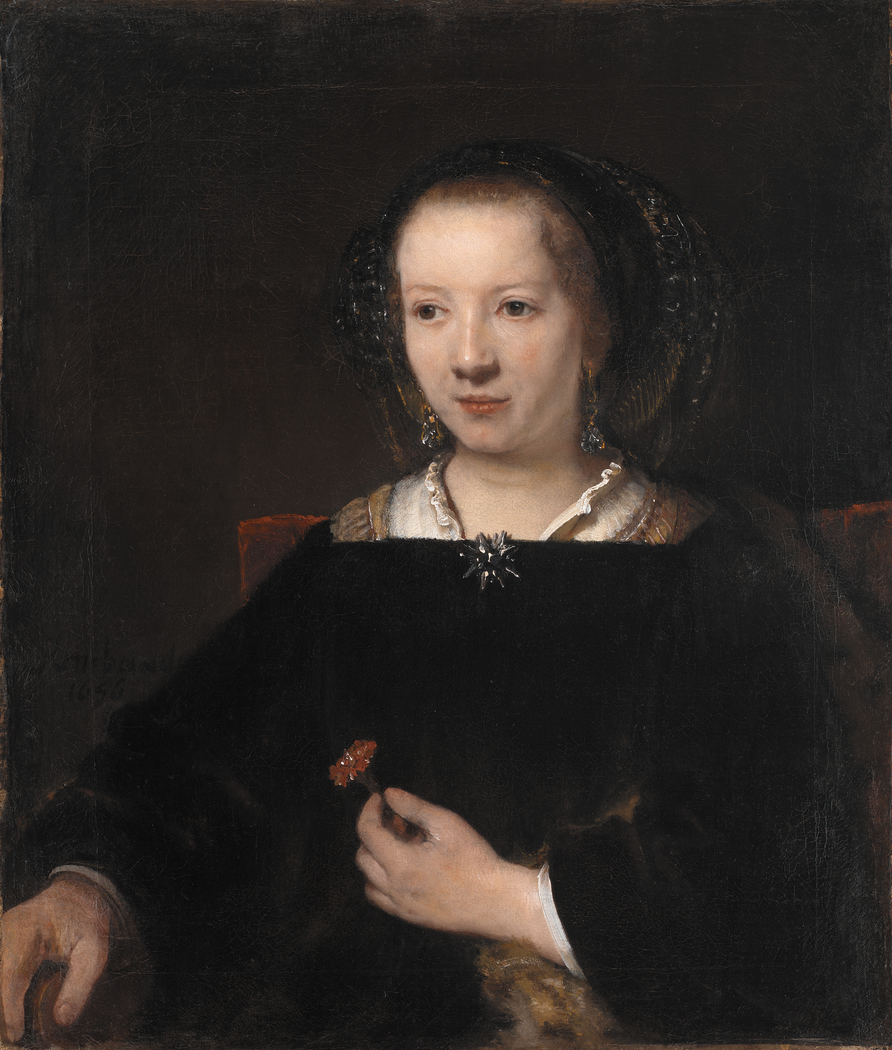 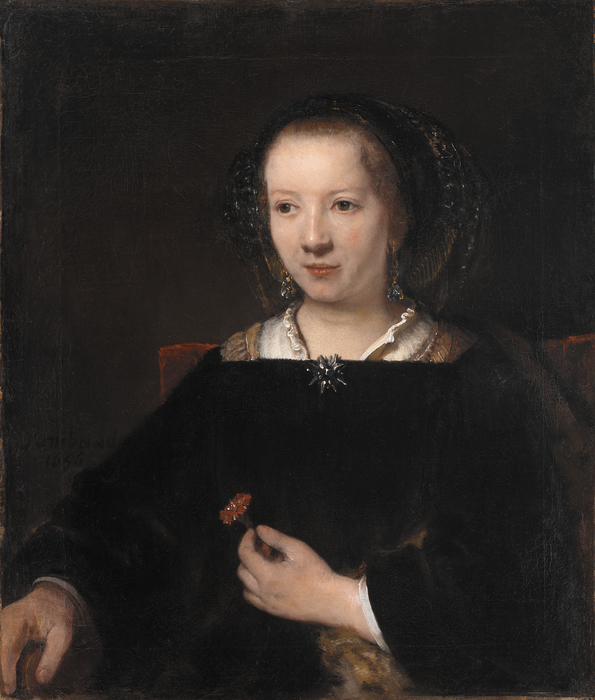 Young Woman with a Carnation

1656
For many years this portrait has been part of the heart of the group of Rembrandt paintings at the National Gallery of Denmark. However, the picture’s authenticity has been challenged over the last decades, meaning that it should now be attributed to one of Rembrandt’s late students, probably Willem Drost.

Inspired by Rembrandt
The way the woman is depicted is very much inspired by Rembrandt, a “portrayer of the soul”, as is evident in the model’s calm and gently introvert expression that speaks of quiet contemplation. These features in particular place the picture so close to Rembrandt’s style that we must assume it was done under his supervision while Drost was still a student in his workshop.

The young woman
We do not know who the young woman is, but the dress with its square neckline, the blouse, and the elaborate headdress all belong to the early 16th century. Thus, it is difficult to determine whether this is a staged period portrait or a so-called ”tronie”, a kind of anonymous presentation of characters popular in 17th century Holland.

The carnation in the woman’s hand is associated with engagement and marriage symbolism that was widespread in the 16th century, appearing in several female portraits from the time.

License:
Courtesy of the National Gallery of Denmark
For more:
http://www.smk.dk/en/explore-the-art/highlights/rembrandts-…