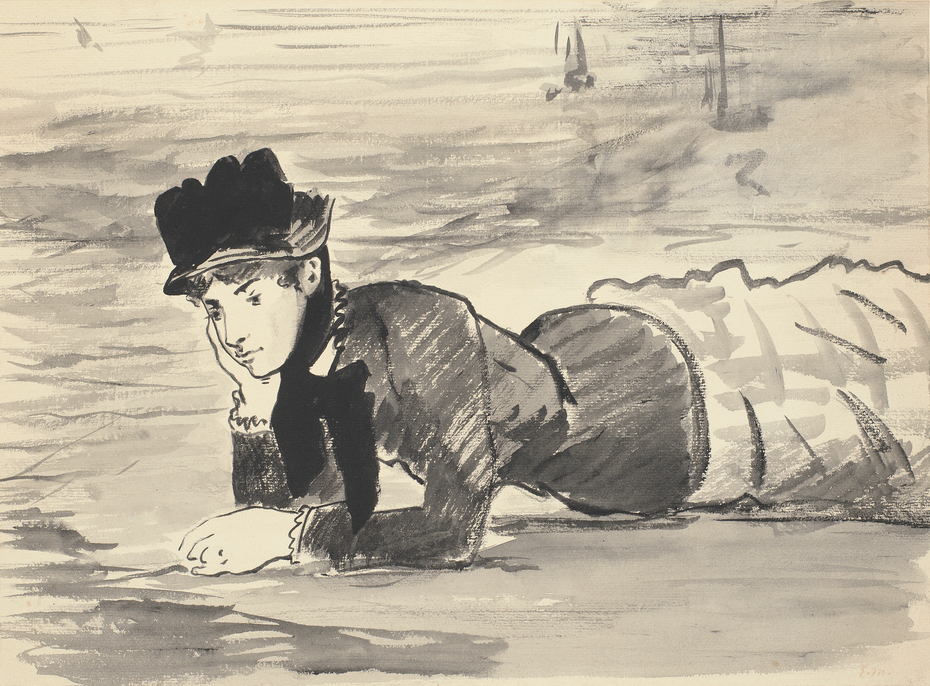 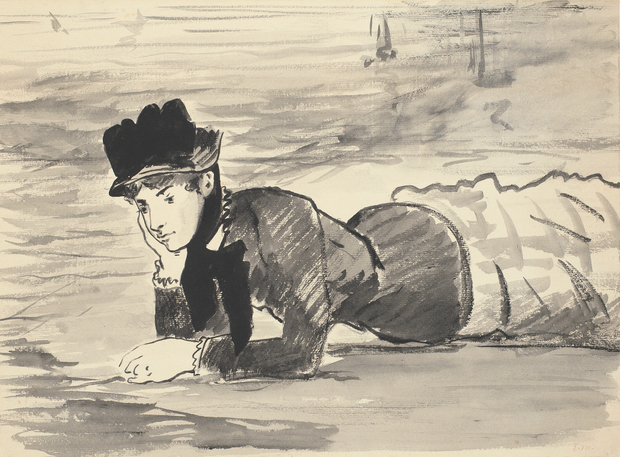 Les poèmes d’Edgar Poe was reissued in 1888, but Manet’s illustrations only appeared in the subsequent 1889 edition. This drawing accompanied the poem Annabel Lee.

The poem's young girl Annabel Lee
Poe opens his poem by telling his readers that many years ago, a young girl lived ”in a kingdom by the sea”. Now she lives on only in the poet’s memories and is recalled in the poem. Manet, however, depicted a woman who was very much alive, a modern young Parisian from his own circles.

Manet's depiction of Annabel
She is stretched on the beach like a passing exotic bird, a fashionable tourist at one of the seaside resorts in the north of France frequented by the middle classes. Nature serves as a backdrop to the girl in a manner similar to that of another Manet, the notorious Le Déjeuner sur l’herbe (Luncheon on the Grass).

Nature as illusion
The artist himself never pursued any rural exile; he lived according to the conditions of modernity, and his awareness of these conditions is clearly evident in his pictures. To him, nature was an illusion, a backdrop for modern man’s urban existence.