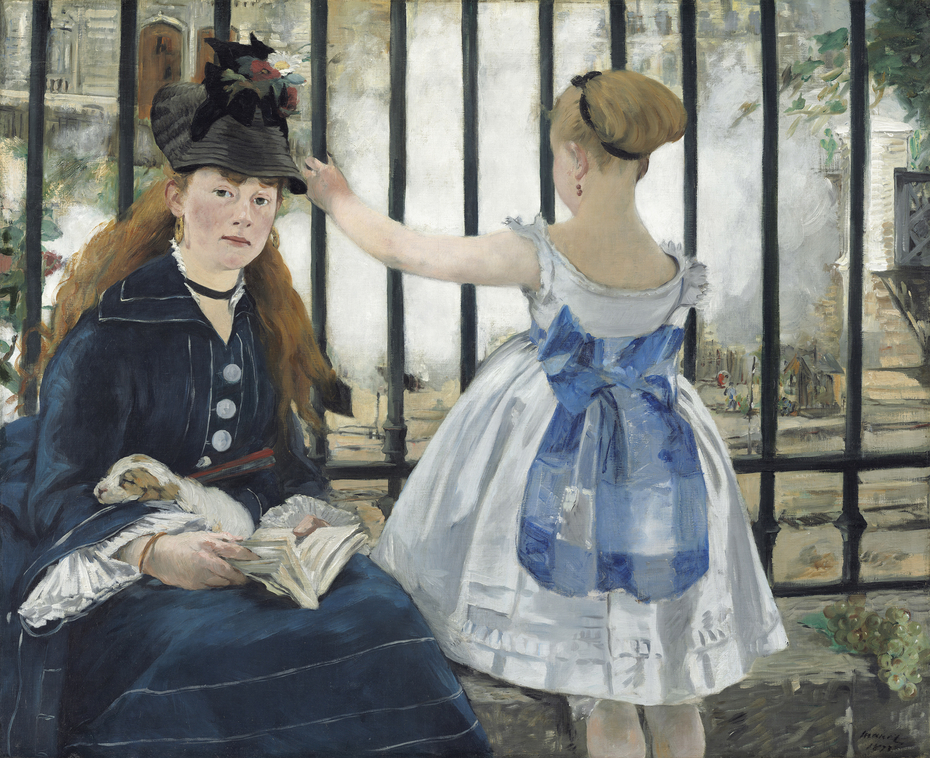 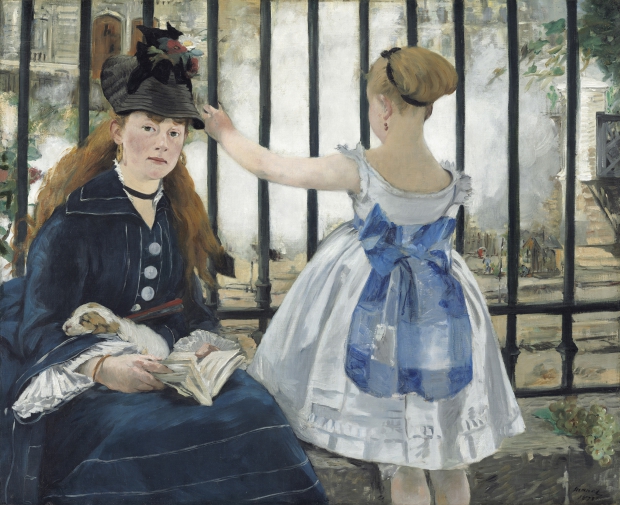 1873
The Gare Saint–Lazare, in 1873 the largest and busiest train station in Paris, is unseen in this painting. Advances in industrial technology and train travel, intrinsic to most contemporary depictions of the site, remain in Manet's painting the almost invisible background for a genre depiction of a woman and child. Confined to a narrow space backed by the black bars of an iron fence and isolated by clouds of steam sent up from a train passing below, Manet's two models are enigmatic presences. The woman is Victorine Meurent, Manet's favorite model in the 1860s, and the child was the daughter of a fellow painter who allowed Manet to use his garden to create The Railway. The composition is a complex contrapuntal apposition of the two figures: one clad in a white dress trimmed with a blue bow and the other dressed in dark blue trimmed with white; one with hair bound by a narrow black ribbon and the other with flowing tresses under a black hat; and one a child standing and looking at anonymous trains and buildings in the background and the other a seated adult staring forward to confront viewers directly.

Manet submitted four works to the Paris Salon of 1874. Of the four, only two were accepted, The Railway and a watercolor. Reviewers were critical of the unfinished appearance of The Railway and that the rail station itself was not well–defined in the picture. Although Manet never chose to associate himself officially with the impressionist group, this painting’s scene of modern life, as well as its loose, abstract effects, show the influence of the younger artists on his work. 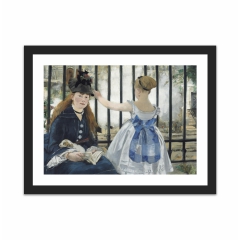