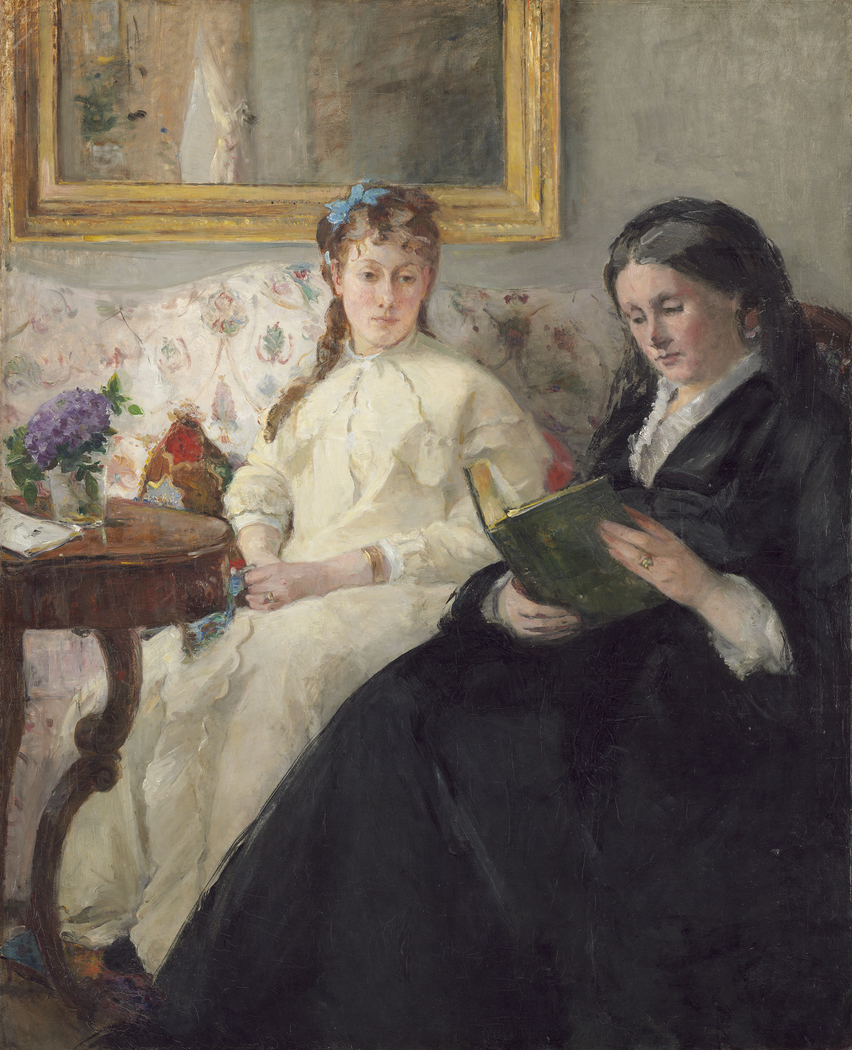 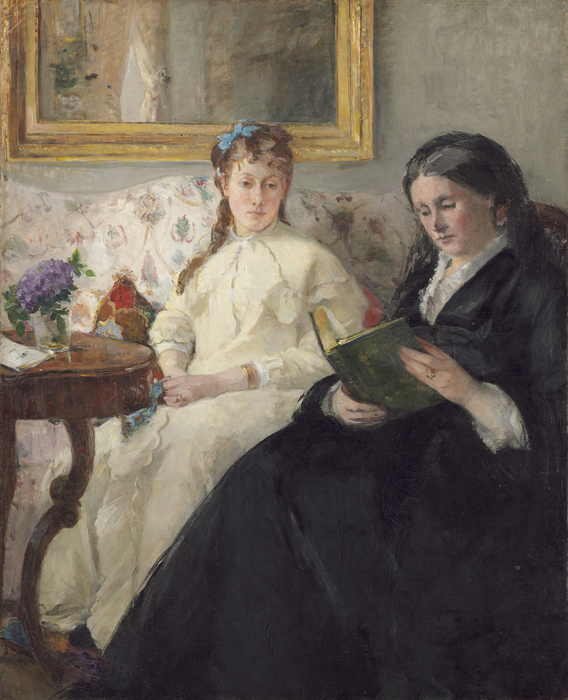 The Mother and Sister of the Artist

1869 - 1870
In an 1876 review, a sarcastic critic referred to participants in the second Impressionist exhibition as "five or six lunatics—among them a woman—a group of unfortunate creatures." Berthe Morisot is the woman to whom he alluded. Morisot, an original member of the group, showed in seven of its eight exhibitions and contributed financially to sustain the impressionist movement. The Mother and Sister of the Artist, one of Morisot's largest works, was exhibited at the Salon of 1870 and perhaps again in 1874 at the first Impressionist exhibition.

The painting, a family portrait and an intimate domestic genre scene, was begun when Morisot's sister Edma Pontillon stayed with her family in the winter of 1869–1870 to await the birth of her first child, a pregnancy discreetly disguised by Edma's loose white morning robe. Anxious about sending the painting to the Salon, Morisot solicited Manet's advice, and on the last day for submissions he visited the Morisot home. Morisot's correspondence reveals that, rather than offer verbal suggestions, Manet extensively repainted the figure of the artist's mother. Manet's suave shorthand, seen in the mother's features and black dress, differs obviously from the nervous refinement of Morisot's touch in her sister's features, the floral upholstery, and the reflections in the mirror over Edma's head. 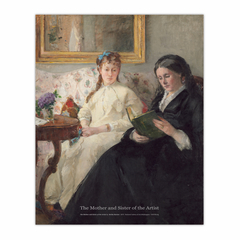