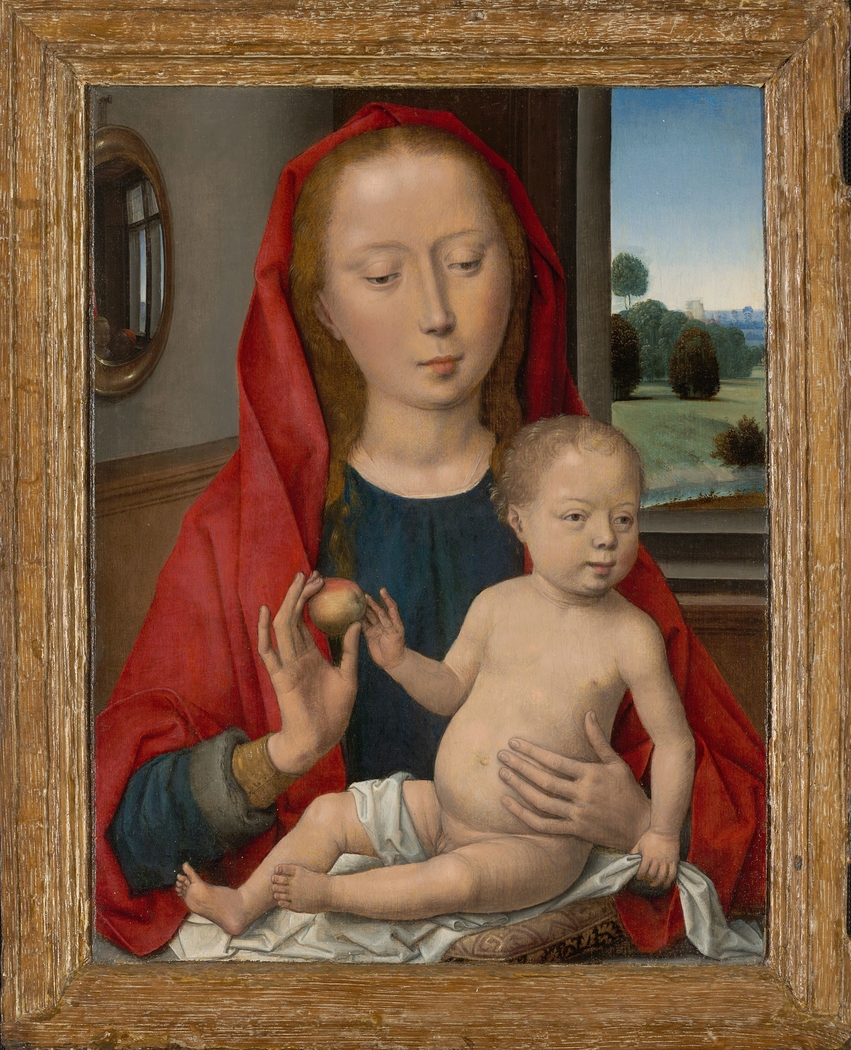 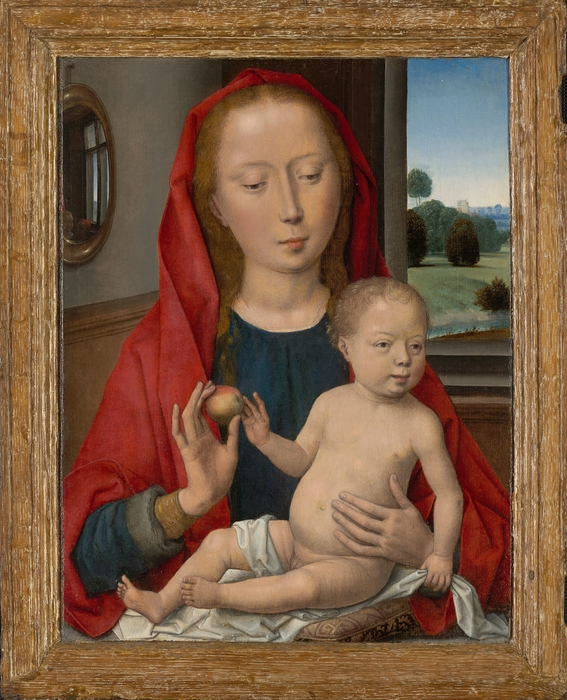 1485 - 1490
Hans Memling probably worked with Rogier van der Weyden in Brussels before settling in Bruges in 1465. Van der Weyden was well known for his exquisite devotional diptychs, and Memling was influenced by his work, though he made his paired paintings more realistic by setting the figures in a measurable domestic space. This portrait of the unidentified patron and the image of the Virgin and Child were separated many years ago; they were reunited at the Art Institute of Chicago in 1953. Unfortunately, Portrait of a Man in Prayer is in very poor condition; much better preserved is the image Saint Anthony of Padua, presumably the sitter’s patron saint, on the reverse of the portrait. The saint was painted in subdued tones of gray, in imitation of stone, a convention often used on the backs of Netherlandish altarpieces. Anthony of Padua, an important early follower of Saint Francis, was more popular in Italy, Spain and Portugal than in the Low Countries, hence the diptych may have been made for a member of the large foreign community in Bruges. (Artic, 1933.1050) (Source: Art Institute of Chicago)