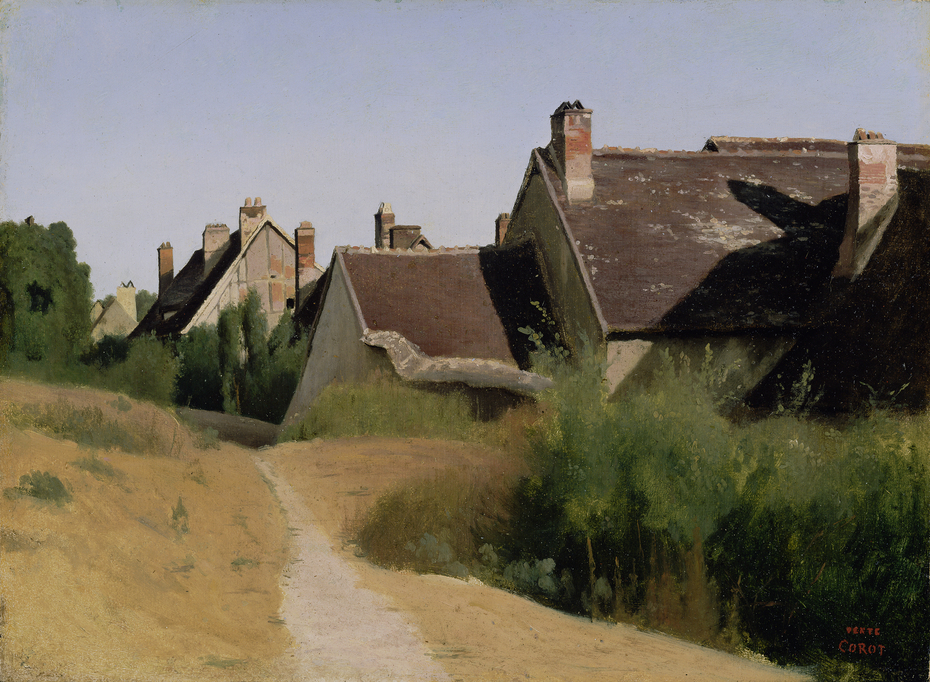 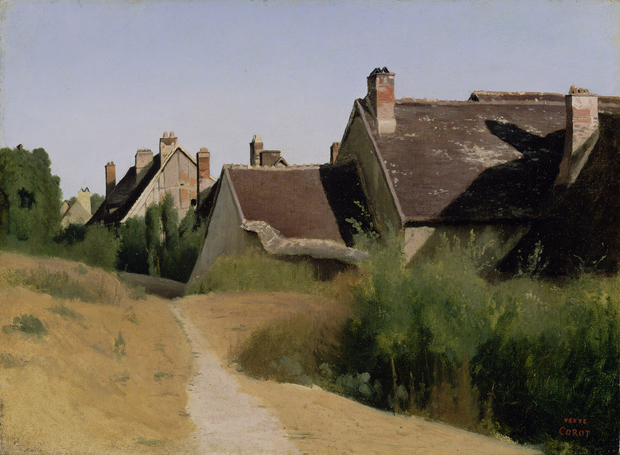 1830
A countryside path cuts across a mustard-yellow field and slopes downward toward a small village. Under a cloudless sky, crisp, strong sunlight brightens a zigzag row of roofs and chimneys. Contrasting shadows are cast from rooftop to rooftop. In the right foreground, a less sharply defined verdant mass balances the geometrical order of the architecture.

During the summer of 1830, Jean-Baptiste-Camille Corot left his native Paris and traveled in northern and central France. The oil study was most likely produced during this sojourn. Corot painted the view in the out-of-doors. Scholars believe this work was not intended for exhibition or sale nor did it serve as a preliminary study for a larger picture. Instead, it is likely the work remained in Corot's studio as an exploration of the effects of light and nature on geometric architectural forms.