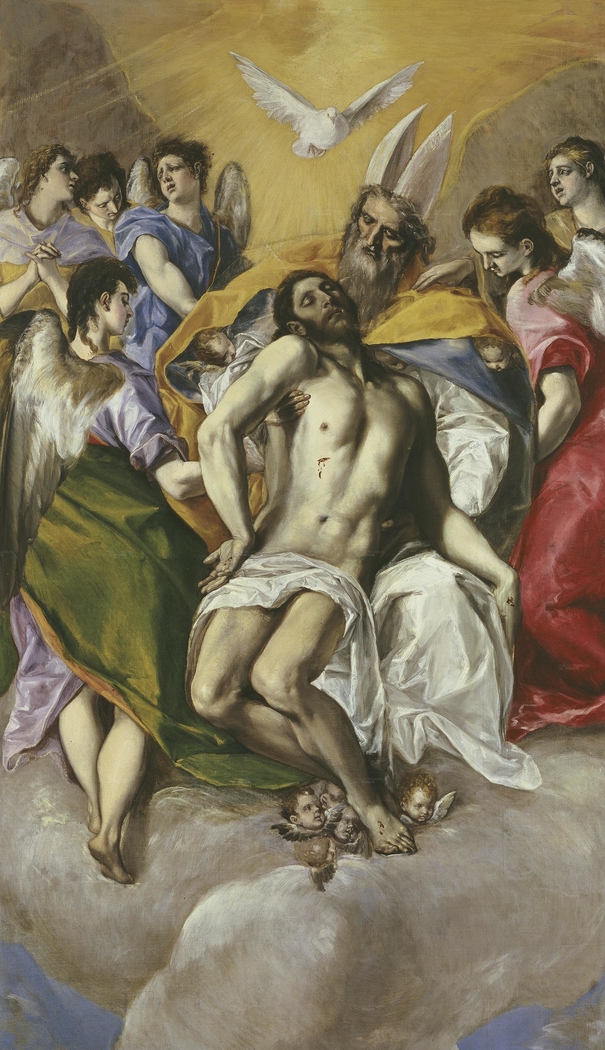 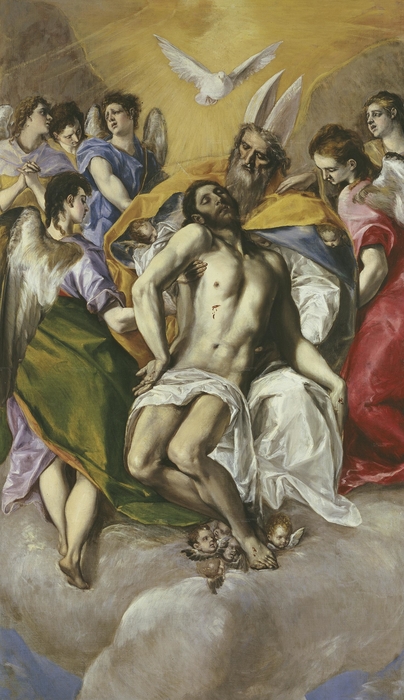 1577 - 1579
The Heavenly Father, with an Eastern Miter on his head, holds the body of Christ in his lap. The dove of the Holy Ghost appears over his head, while six young angels surround the scene. Several cherubs´ heads appear at Jesus´ feet and under God the Father´s robes. Based on an engraving by Albrecht Dürer, this was one of El Greco´s first commissioned pieces in Toledo. The artist harmonizes the concepts of drawing and color respectively developed from Roman and Venetian perspectives. The different colors of the robes emphasize the palette´s contrasting range of colors, which links it to the work of Tintoretto. Echoes of Michelangelo´s work can also be found in Jesus´ vigorous anatomy. Painted for the attic of the main altarpiece at the church of Santo Domingo el Antiguo in Toledo, this work was commissioned by Diego de Castilla, Dean of Toledo and executor of the will of María de Silva, who was buried at the convent there. In 1832, Fernando VII acquired it from the sculptor Valeriano Salvatierra.