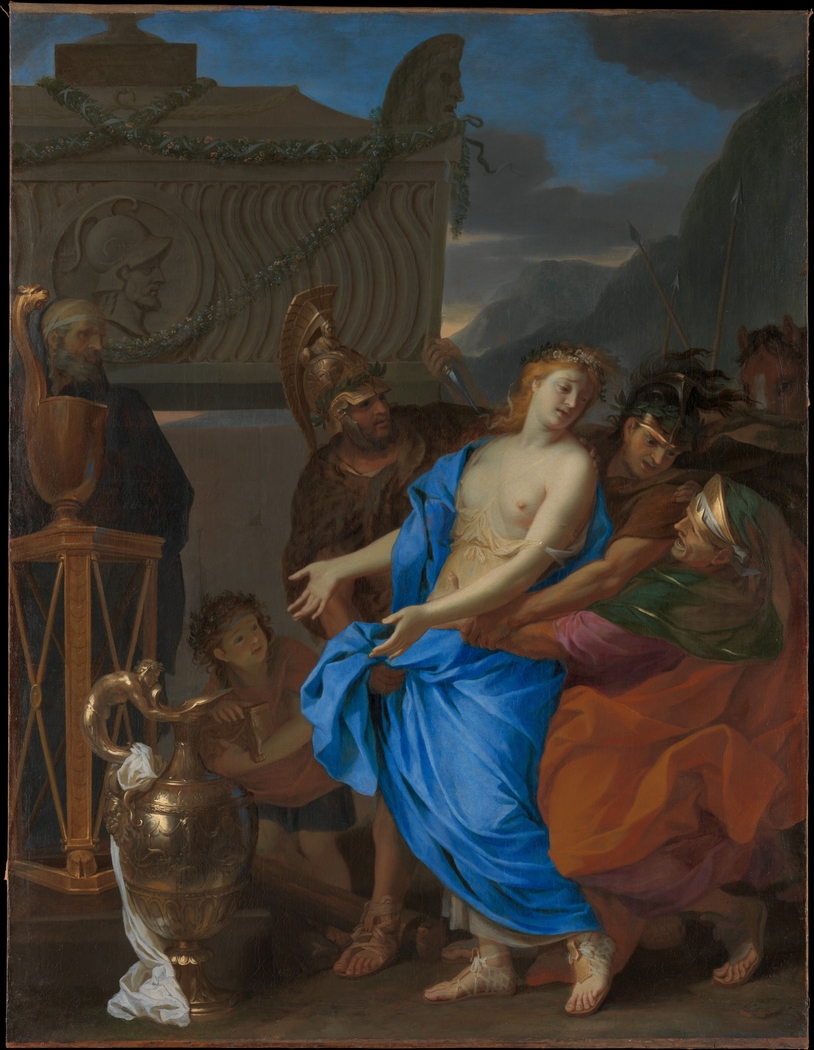 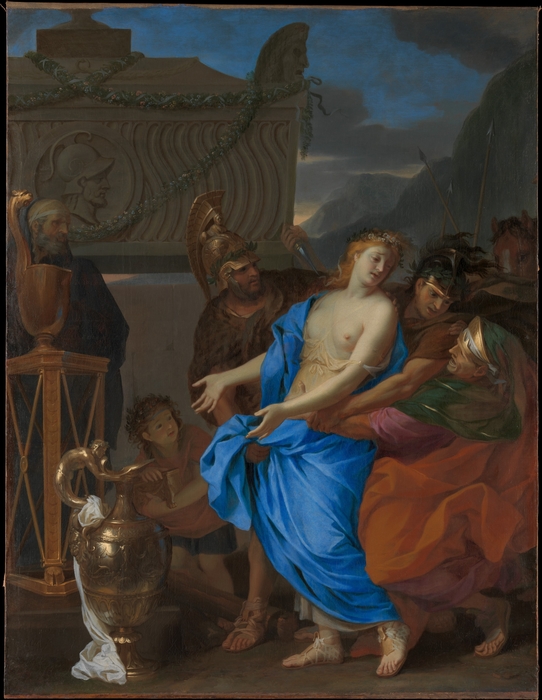 The Sacrifice of Polyxena

1647
As recounted by the Roman poet Ovid (43 B.C.–A.D. 17/18), the compliant Polyxena is led to her death at the sacrificial altar to appease the ghost of the hero Achilles. Her mother tries to restrain her while the soldier Neoptolemus raises his sword. The infant holding a chest of incense and the austere priest complete this beautifully choreographed composition, which was painted the year following Le Brun’s return from Rome, where he had studied with Poussin. Le Brun was to become the official painter to Louis XIV and a leading figure in the academy. He later wrote a treatise on expressions and this enormously influential aspect of his art is well in evidence in this early masterpiece. (Source: The Metropolitan Museum of Art)

License:
Courtesy of The Metropolitan Museum of Art
For more:
https://www.metmuseum.org/art/collection/search/442761