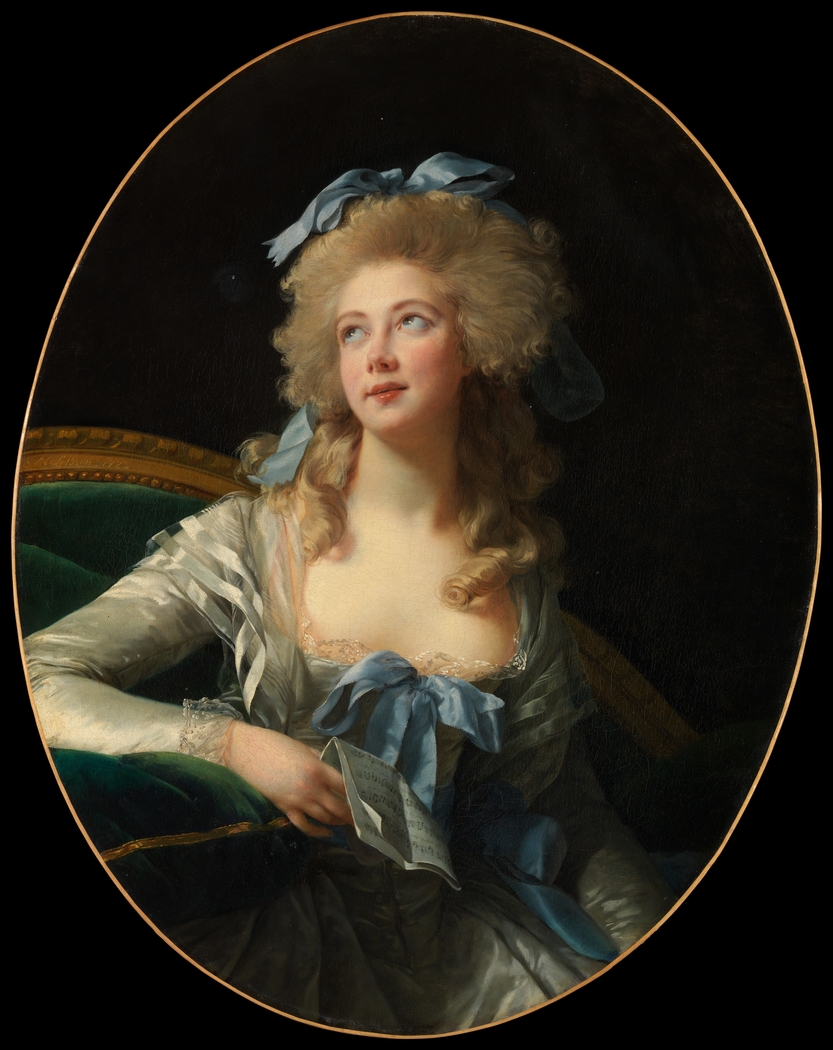 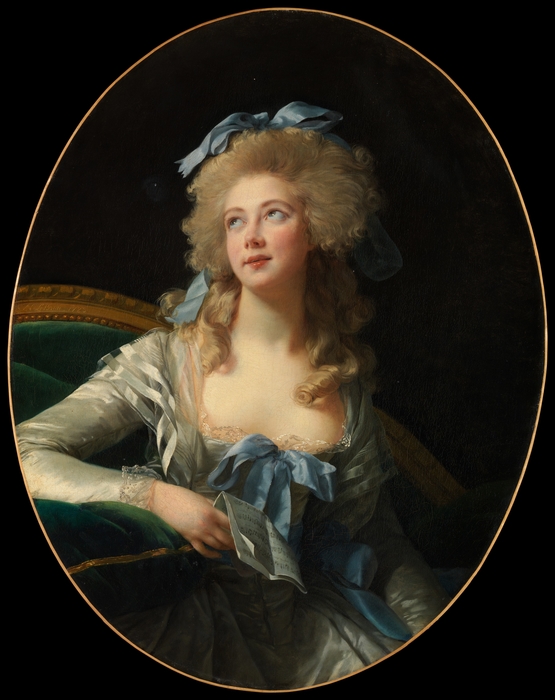 1783
Vigée Le Brun was the most important woman artist of her time. She was a favorite of Marie Antoinette, through whose good offices she was admitted in 1783 to the Académie Royale de Peinture et de Sculpture as one of only four women members. To the Salon of that year, her public debut, she sent three history paintings and at least ten portraits, of which this was one. Madame Grand was a minor celebrity, a beautiful blond born in India, ill-educated but musical and clever; she would eventually become the wife of the minister and diplomat Talleyrand. (Source: The Metropolitan Museum of Art)

License:
Courtesy of the Metropolitan Museum of Art
For more:
https://www.metmuseum.org/art/collection/search/437898