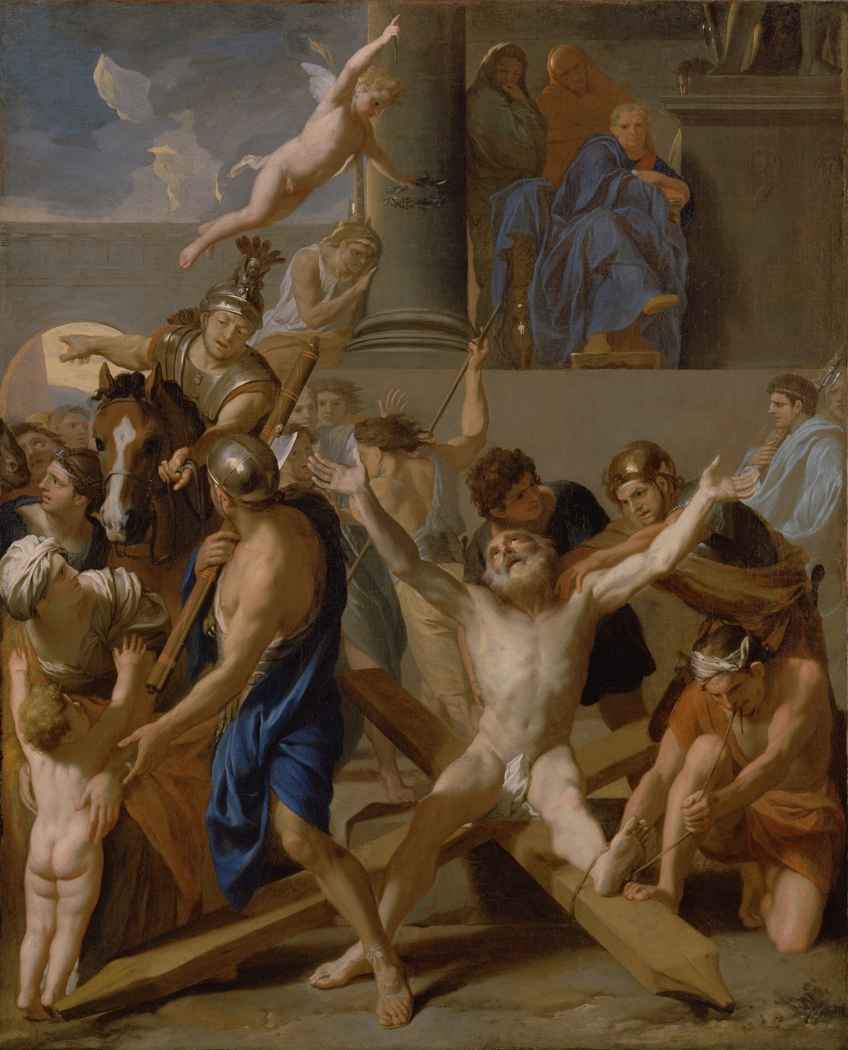 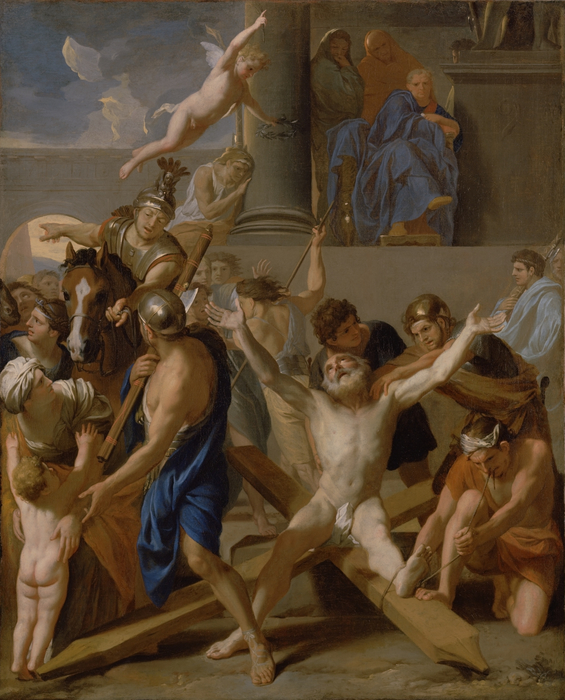 The Martyrdom of St. Andrew

Arms thrown wide, Saint Andrew implores the heavens above while soldiers tie him to a cross in the shape of an X. His executioner, the Roman governor Egeas, watches from a classical porch above, and confusion reigns as soldiers try to push back the surging crowd. Charles Le Brun heightened the emotion of the figures by contrasting the stern, silent figure of the emperor with the chaos below. He used gesture, facial expressions, and strong colors to create a dynamic composition in the theatrical Roman setting.

This painting is directly related to a large altarpiece by Le Brun commissioned in 1646 by the Goldsmith's Guild for the cathedral of Notre-Dame in Paris. The altarpiece was one of the annual commissions known as Les grands Mays, which were installed in the cathedral on the first day of May in honor of the Virgin Mary.

License:
Courtesy of The Getty
For more:
http://www.getty.edu/art/collection/objects/749/charles-le-…