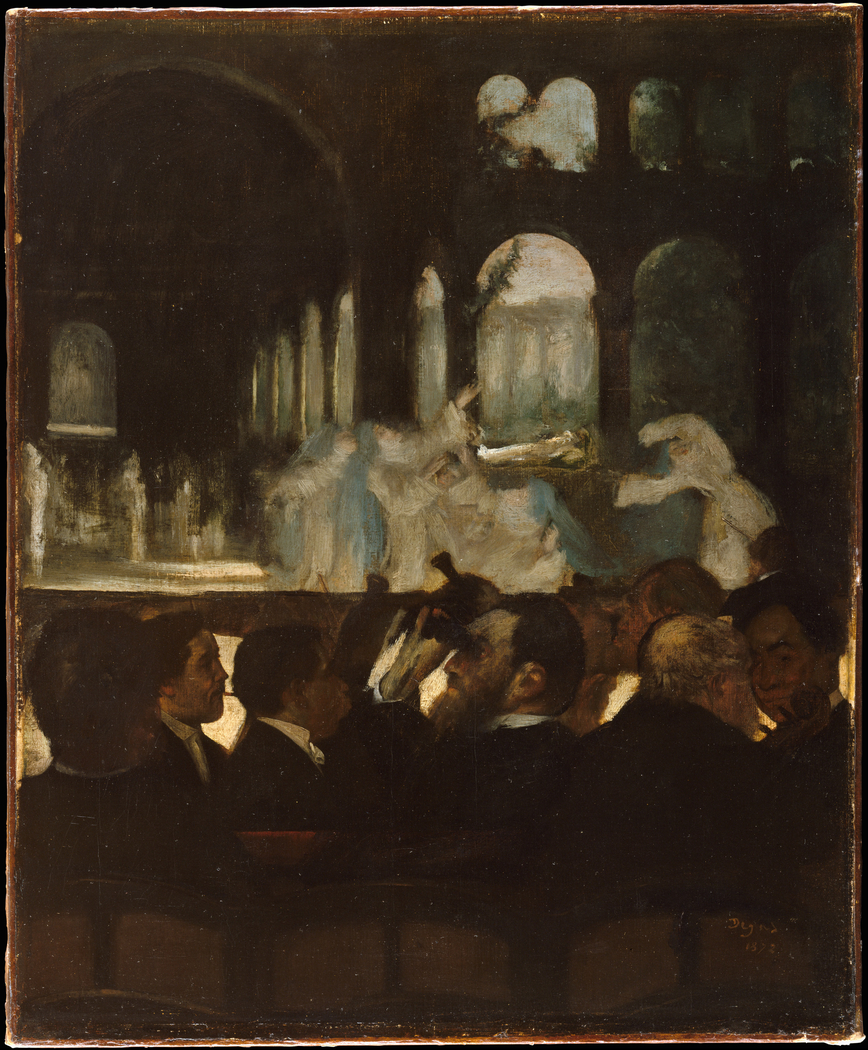 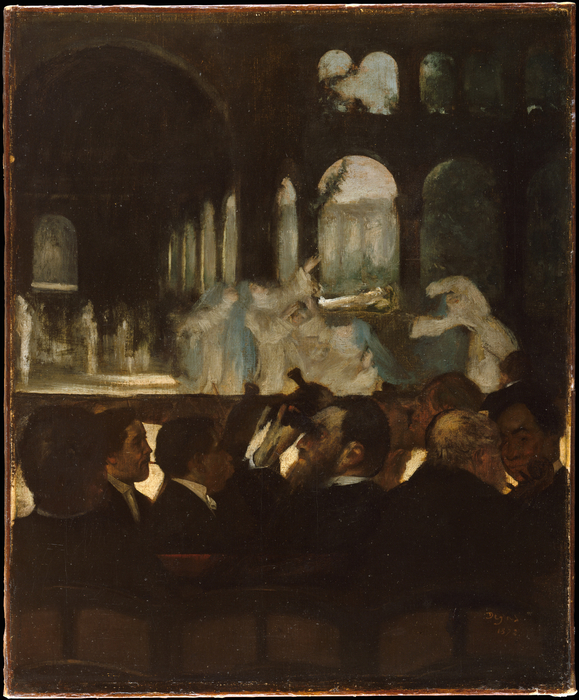 The Ballet from "Robert le Diable"

1871
When Degas made this picture in 1871, Giacomo Meyerbeer’s opera Robert le Diable was forty years old and feeling its age—as reflected by the man at center, indifferent to the action and directing his binoculars at the audience. But Degas was fond of the opera, and particularly of the scene depicted here, from the third act, in which nuns arise from the dead and dance seductively amid the ruins of a moonlit monastery. The painting was exhibited in early 1872, the date inscribed on the canvas; Degas later executed a larger version (Victoria and Albert Museum, London) for Jean-Baptiste Faure, who starred in the opera.