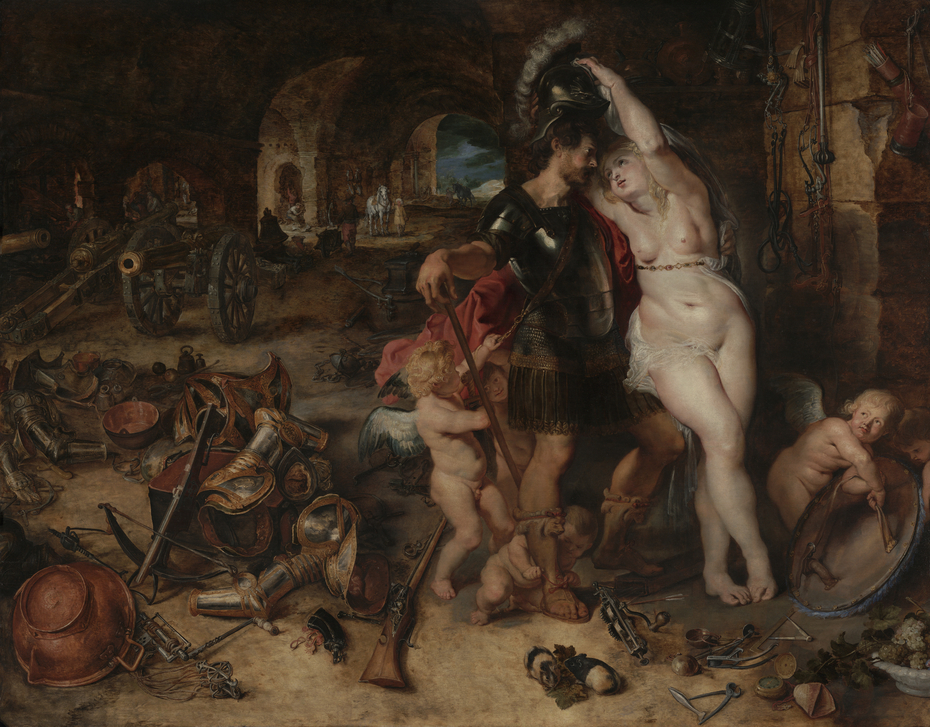 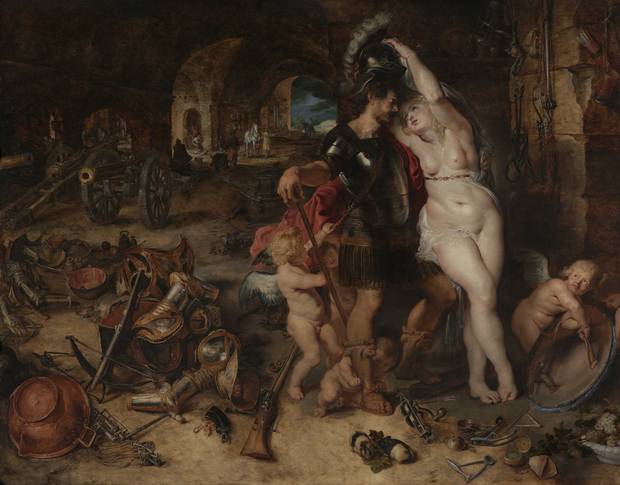 The Return from War: Mars Disarmed by Venus

1610 - 1612
Amid the disarray of Vulcan's forge, Venus leans into the embrace of her lover, Mars, who is transfixed by her alluring gaze. Caught up in his attraction to the aggressively seductive goddess, Mars is no longer able to carry out his military exploits. Venus removes his helmet, while mischievous putti cavort with his sword and shield.

In the 1600s, the subject of Venus disarming her lover Mars was understood as an allegory of Peace. Peter Paul Rubens and Jan Brueghel the Elder's interpretation of the subject, however, emphasizes the fragility of peace. Weapons production continues in the background at the burning fires of Vulcan's hearth, signaling that love's conquest of war may be only temporary.

Rubens and Brueghel, who were close colleagues, collaborated on at least twenty-five paintings. This painting displays each virtuoso's talents: Rubens's robust figural style and Brueghel's intricate still life details. The luminous figure of Venus, the reflective quality of the weapons and armor, and the tactile quality of the lush painting testify to their skill.

License:
Courtesy of The Getty
For more:
http://www.getty.edu/art/collection/objects/130326/peter-pa…