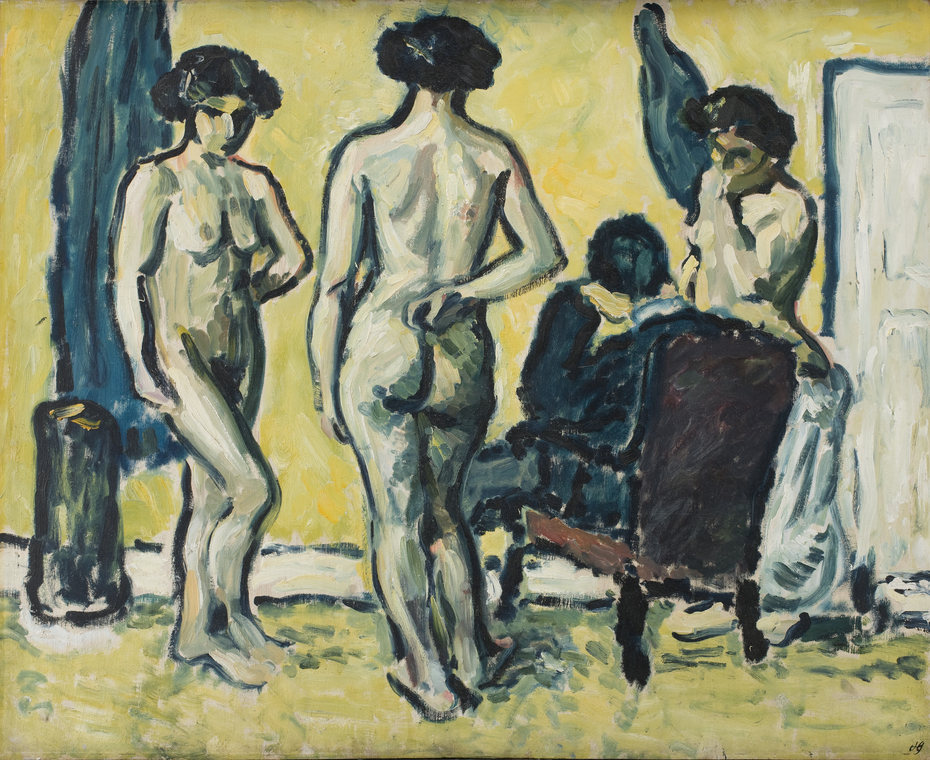 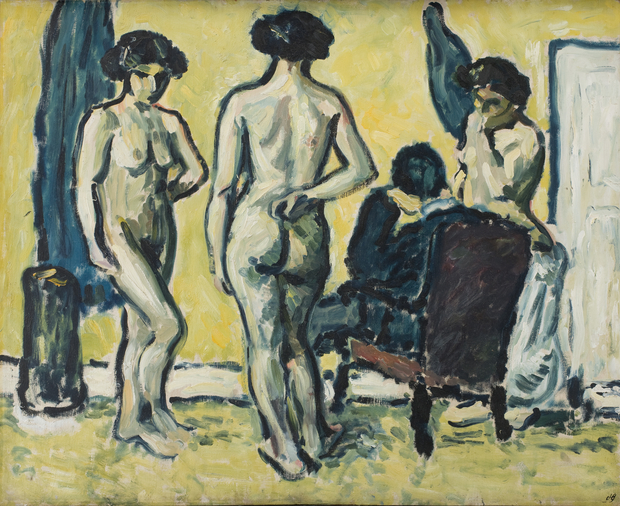 The Judgement of Paris

1909
The title of this piece refers to the Ancient Greek legend of Prince Paris, who was called upon to decide who was more beautiful of the three goddesses Hera, Athena, and Aphrodite. Giersing’s painting is indeed peopled by three women and a man, but it might just as well be viewed as a studio scene where the women are models posing nude for a man, possibly the painter. At the same time, the prominent use of colour and lines direct attention away from the mythological narrative to the artistic devices used in the painting.

The motif's ambiguity
The ambiguity of the motif should be regarded as a deliberate strategy on Giersing’s part. His ambition with this picture was to challenge and reinvent classic figure painting. The coarseness, the pareddown palette, the indeterminable placement of the figures within the space, and, very significantly, the thick black contours undulating down the picture plane to form ornamental sequences were all fierce attacks against the finely hewn naturalistic norms prevalent at the time.

A new, modern vein of figure painting
The picture can be viewed as a proposal for a new, modern vein of figure painting that has the reality of art itself as its true content. The Judgement of Paris attracted a great deal of attention when it was first presented to the public in 1910, and it was instrumental in establishing Giersing’s position as one of the most important artists of the young generation of modernists.﻿ 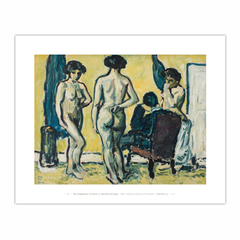 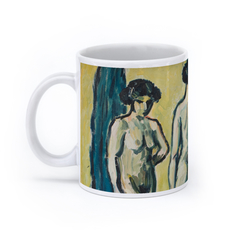 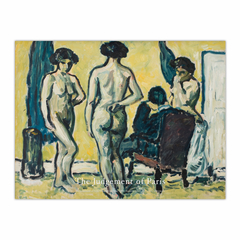