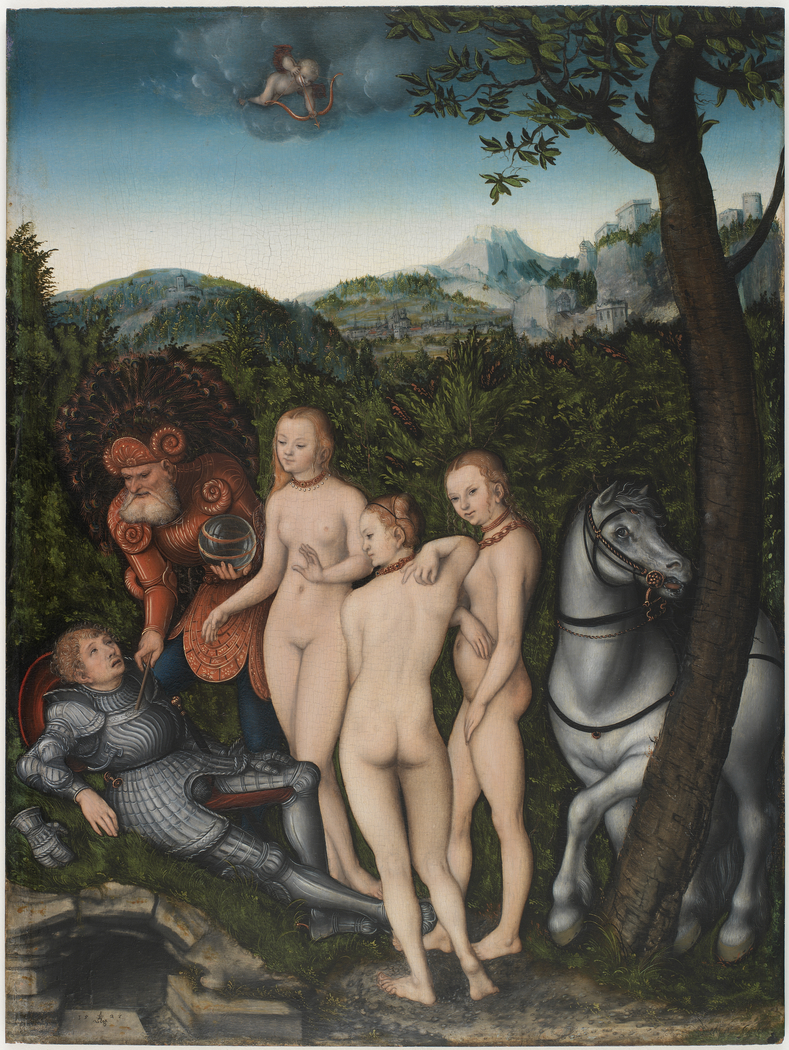 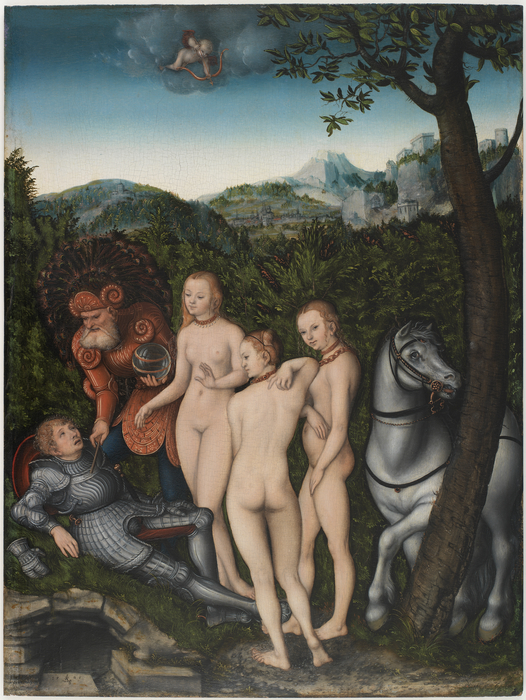 The judgement of Paris

1527
According to the myth, Prince Paris was asked by Mercury to choose which of the three goddesses, Juno, Minerva or Venus, was the most beautiful.

Paris is here seen lying on the left, having just been awakened by Mercury after a dream, and the three goddesses are standing naked before him. Each of them has individually promised him a gift if the choice falls on her. Juno has promised him power and Minerva success as a warrior, while Venus promised him the most beautiful woman on earth.

The wrong choice
The choice has not yet been made in the picture, but we know from the myth that Paris chose Venus and thus physical love. This had terrible consequences. Among the things resulting from it was the Trojan War. So Prince Paris made the wrong choice.

The motif
One of the goddesses is staring at the viewer. She is forcing him to make the choice that has not yet been made in the picture and which therefore remains open. The viewer, who of course knows the outcome of the story, is thus encouraged to make a different choice from the wrong one made by Paris. The goddess’ gaze thus emphasises the situation of choice.