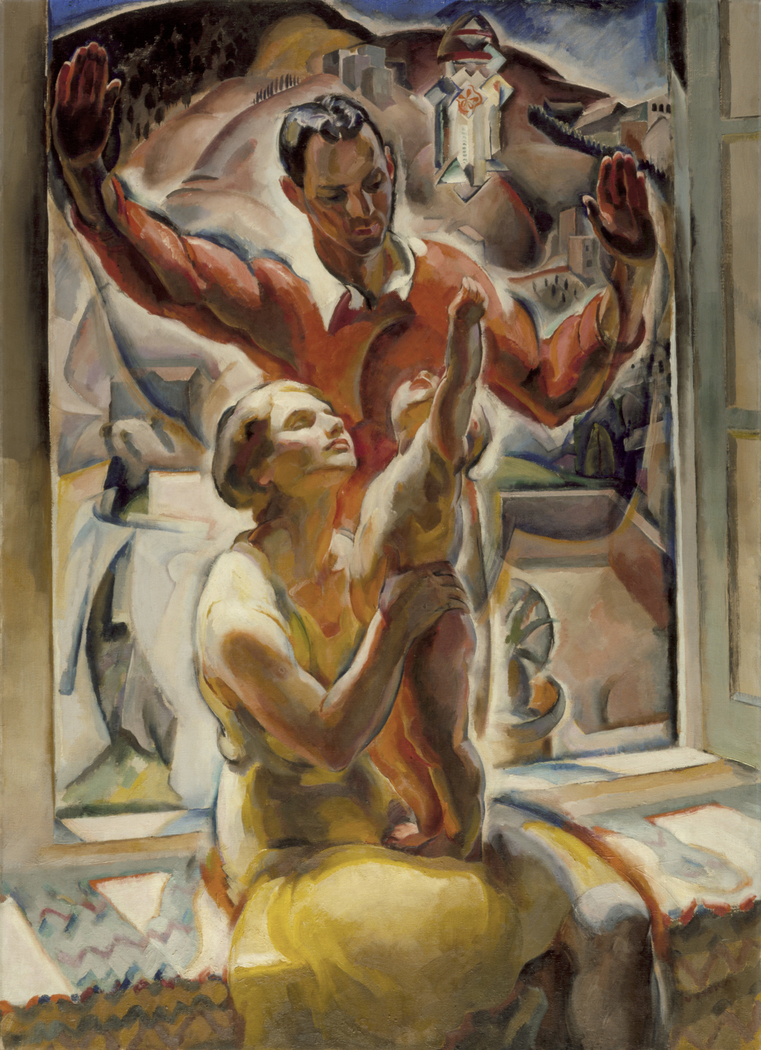 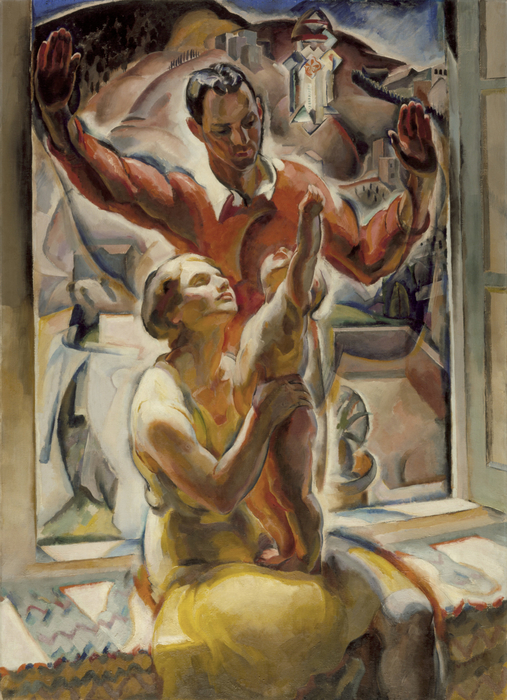 1928
Exhibition label (1997):
When The Herwigs was first shown in an exhibition at the Los Angeles Museum of History, Science, and Art, in 1928, it drew crowds of admirers as well as effusive praise from the press, suggesting that modern art had at last won acceptance in Los Angeles. A transplant from Chicago, Vysekal was an active member of several progressive art organizations in southern California during the post-World War I era. The Herwigs demonstrates his allegiance to Stanton Macdonald-Wright’s revolutionary synchromist movement, with its application of the principles of music to color.

Some of the subtitles of Vysekal’s paintings – Arrangement in Green, Violet Major – show him organizing his compositions around specific color harmonies. In The Herwigs it is the “key” or orange, which produces a strong luminous glow and suggests warmth and optimism. The painting portrays fellow artist William K. Von Herwig and his wife and child posed as the Holy Family, with the Hollywood Hills replacing Palestine as a backdrop. Despite such contemporary references the pyramidal composition of the portrait group is reminiscent of Raphael. Vysekal, like Macdonald-Wright, sought a fusion of modern ideas and universal truths. The frame is a beautiful example of Arts and Crafts hand carving, with cross-straps and other ornamentation limited to the corners.