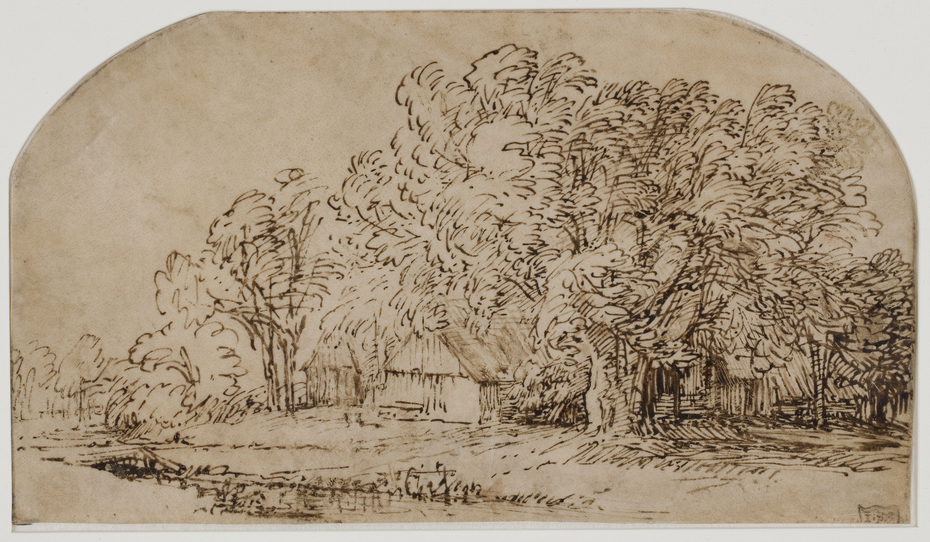 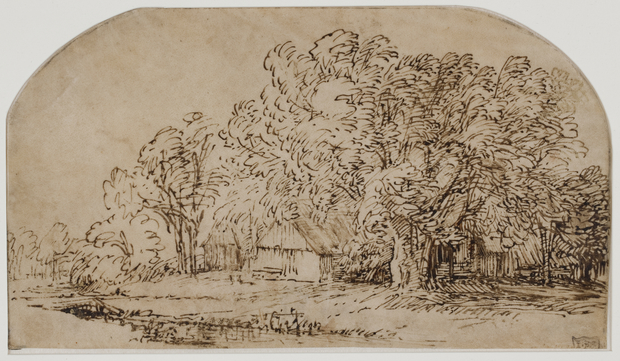 The Gust of Wind

This drawing is not signed. Nor is it dated. Even so, no scholars of Dutch art have ever questioned that it was made by Rembrandt around the mid-17th century.

How can we know that the drawing is made by Rembrandt?
Everything supports this theory: the mood, the style, the manner of the line, even though the brown ink has been applied to parchment, a highly unusual medium for the artist.

Among the approximately 1100 drawings attributed, more or less accurately, to Rembrandt, only four others were made on parchment. One of these (housed in Amsterdam) shows a view of the river Amstel seen from Blauwbrug. Like this drawing it has rounded top corners, but it is both longer and wider.

The two drawings share common features in terms of both technique and style, so it seems natural to view them as companion pieces: the open, light river landscape offset against the dense, dark group of trees that close around the cottages by the stream; morning and night.

The making of the drawing
Before Rembrandt composed his nocturne featuring the unequal struggle between light and darkness, he must have toned his parchment with a light brown wash that conjures up an illusion of a cloudy sky at sunset. He then drew the scene itself.

Occasionally he would brighten up the darkest areas by scratching at the ink with the tip of his brush handle, laying bare the parchment below and allowing fresh bursts of light to break through – as though a breath of wind passes through the landscape.

License:
Courtesy of the National Gallery of Denmark
For more:
http://www.smk.dk/en/explore-the-art/highlights/rembrandt-v…