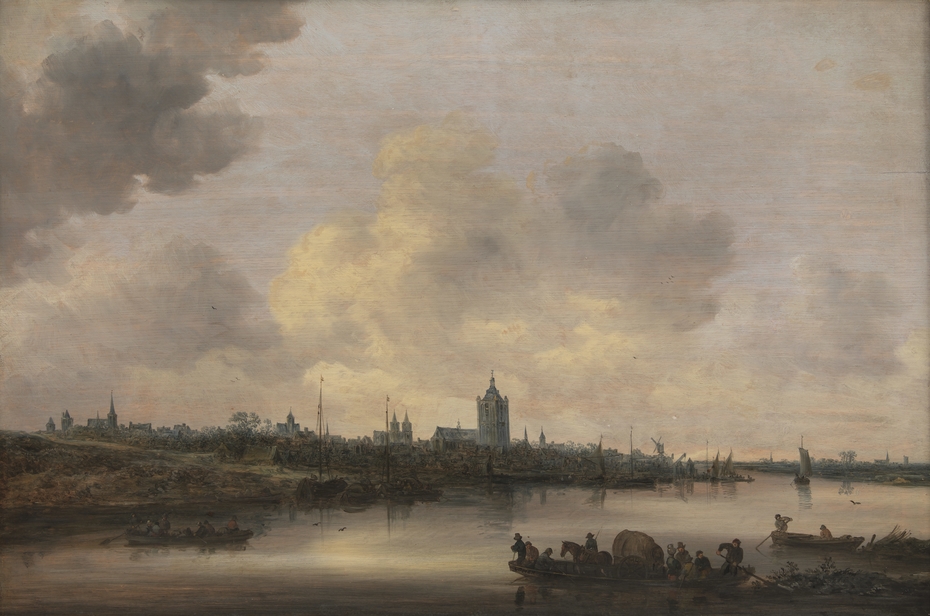 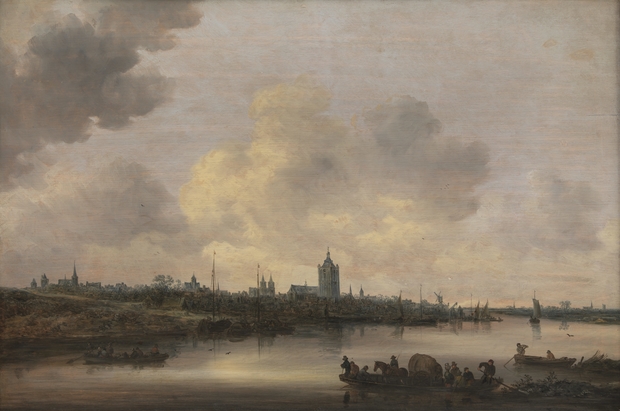 View of the City of Arnhem

1646
In 1636/37 van Goyen lost a fortune speculating on tulip bulbs during the so-called “tulipmania”. After this financial disaster he painted pieces such as a series of panoramic landscapes with the town of Arnhem on the horizon.

The painting's horizontal format
The characteristic belfry of Grote Kerk and the twin towers of St. Walburgaskerk are prominent landmarks. Typical features of the 1640s style include the horizontal format and the high cloudy skies above the flat landscape that pulls in spectators through the diagonal of the river, accentuated by the fields of light and shadow that divide the picture into separate parts.

The artist's story
Jan van Goyen was only ten when he was sent to study art in his native town of Leiden. At the age of 19 he spent a year in France and then concluded his education in Haarlem under Esaias van de Velde (1587-1630). The Haarlem master made his influence felt right up until 1626, as is evident in the figure-filled brightly coloured landscapes. Around 1630 van Goyen joined Pieter de Molijn (1595-1661) and Salomon van Ruysdael (c. 1602-1670) in founding the socalled “tonal” landscape painting, an almost monochrome vein of painting full of calm and simplicity in its representation of the nature and people of the Netherlands.