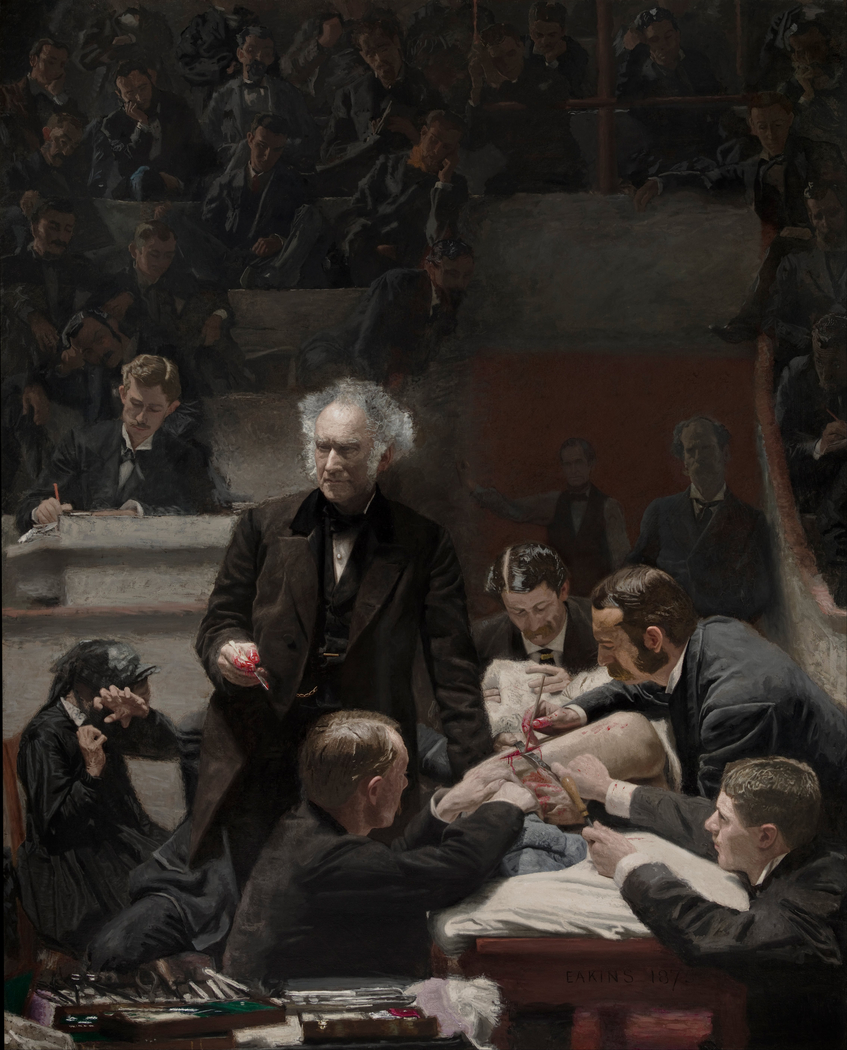 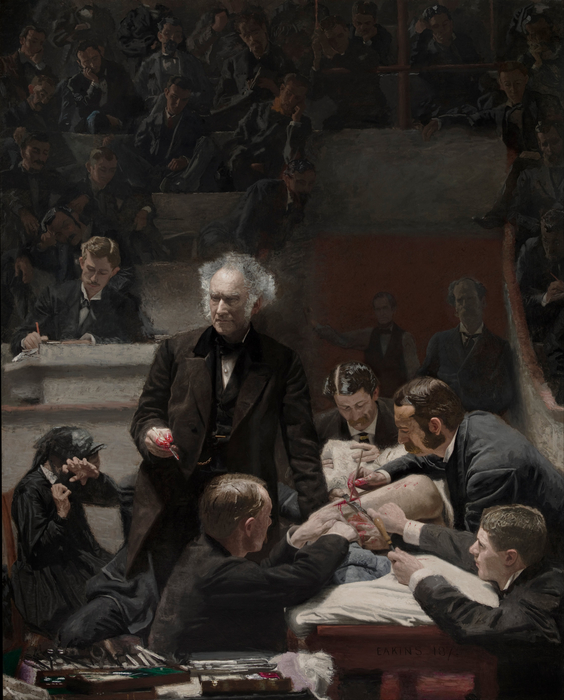 1875
The Gross Clinic is recognized as one of the greatest American paintings ever made. The young and little-known Eakins created it specifically for Philadelphia’s 1876 Centennial Exhibition, intending to showcase his talents as an artist and to honor the scientific achievements of his native Philadelphia.

Choosing the city’s world-famous surgeon and teacher Dr. Samuel Gross as his subject, Eakins sets the scene in Jefferson Medical College’s surgical amphitheater. Dr. Gross is shown leading a clinic of five doctors operating on the left thigh of a patient. At the same time Gross is demonstrating to students the relatively new surgical procedure he had developed to treat bone infections. In contrast to the recoiling woman to the left—traditionally identified as the patient’s mother—Gross embodies the confidence that comes from knowledge and experience. Casting himself as a witness, Eakins can be seen seated to the right of the tunnel railing, sketching or writing.

The artist’s plan to promote himself and the city of Philadelphia faltered, however, when the fair’s art jury rejected The Gross Clinic, perhaps deeming the subject too bloody and brutal for display in the art building. The painting appeared instead in a model US army field hospital exhibit, provoking one art critic to comment in the Philadelphia Evening Telegraph (June 16, 1876), “There is nothing so fine in the American section of the Art Department of the Exhibition and it is a great pity that the squeamishness of the Selection Committee compelled the artist to find a place in the United States Hospital Building.”

The subject shocked viewers unused to seeing such a frightening event depicted in such realistic detail. Bright red blood colors the surgeon’s fingers and scalpel, and the gaping incision is fascinating, repulsive, and confusing because it is so hard to read the position of the patient’s body. Although some viewers admired Eakins’s command of composition, color, and detail, and praised his convincing creation of form and space, many were repelled by what was considered ugly and inartistic realism. [source]