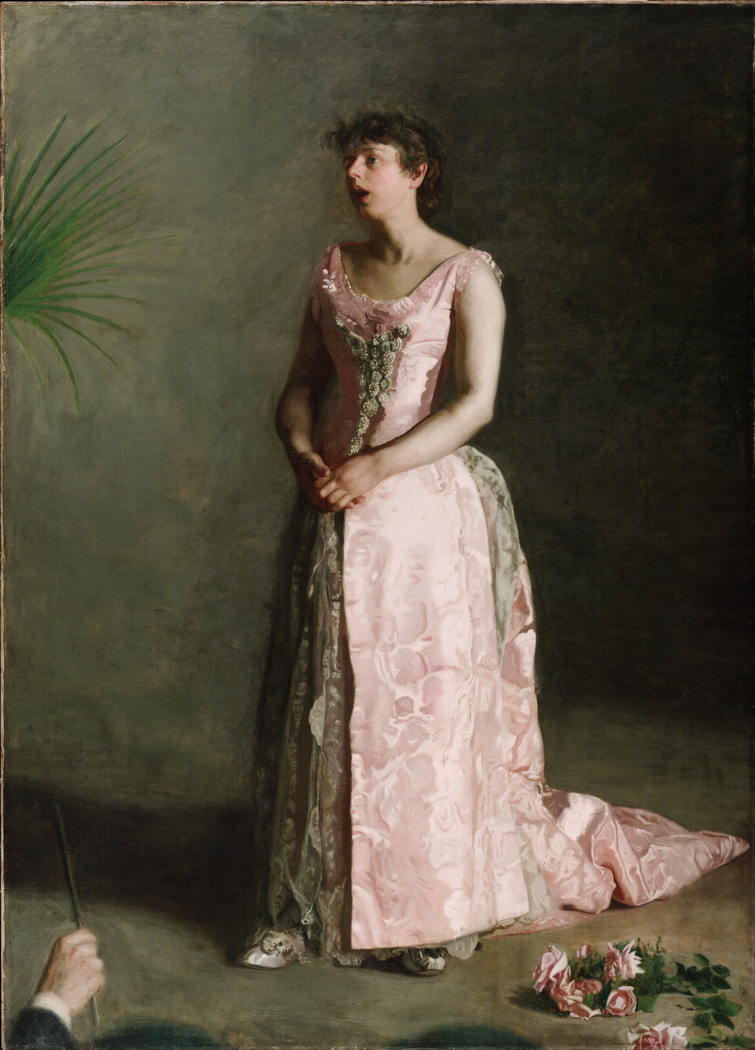 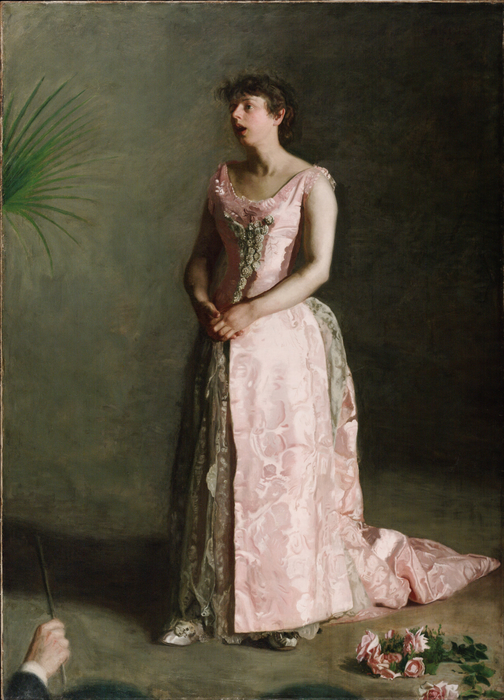 1890 - 1892
Thomas Eakins's abrupt dismissal from the Pennsylvania Academy of the Fine Arts, Philadelphia, in 1886--resulting from his use of nude models in classes with female students--caused a marked change in his work. When he started to paint again, after a two-year period of depression, he concentrated on the penetrating portrait studies that would comprise the majority of his work until his death. His laborious procedure for exactly representing the act of singing was described by Weda Cook, the performer seen in this painting. She recalled that Eakins would have her repeatedly sing the same phrase--from a Felix Mendelssohn composition--as he watched the action of her mouth and throat. The artist carved the opening bars of that song into the frame of the picture. [source]