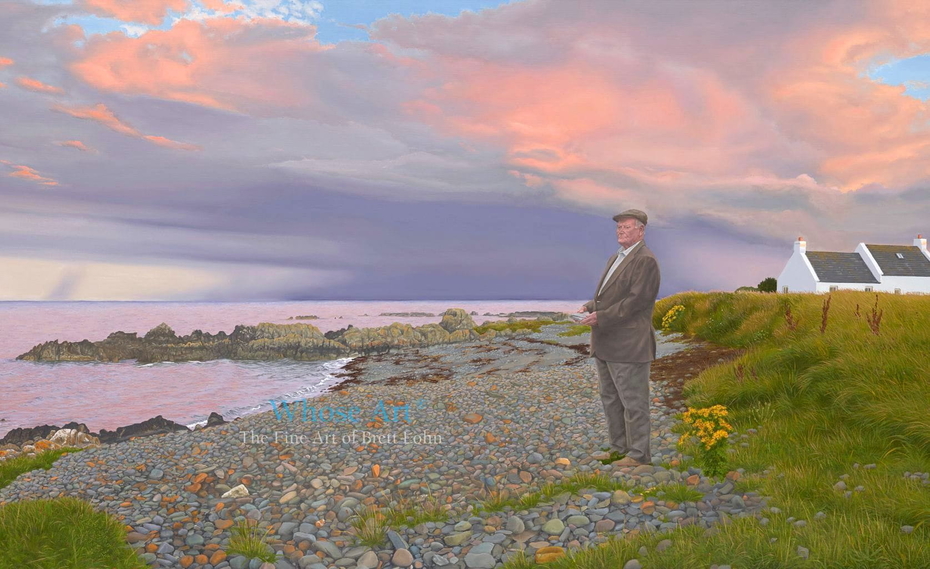 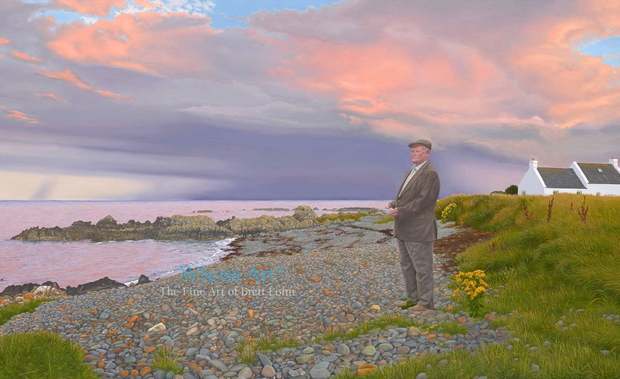 This theme of reversal is echoed throughout the painting: the figure is facing in the opposite direction to the lady in the previous painting. If you look along the rocky peninsula you can just make out the top of the large stone against which she stands in her green coat.

Where the sky was previously light it is now a menacing dusk. Although the man seems oblivious to the storm behind him.

It is almost as if the figure in the green coat has already gone before this man. Where he is holding a rock, she has already done so. Yet she is more assured than he . Perhaps now the firm foundation to which her foot points is given some context.

Although it appears third in the sequence, this painting was in fact the last to be produced. It finally left the easel in September 2018, some eight years after the other paintings. Unfortunately the model passed away before the picture could be finished which led to the delay.

There is nearly six full months of work in this painting, much of that time was involved with painting the rocky beach. There are many layers of paint beneath the final layer you see, Each one adds colour and luminosity to the finished work.

Medium:
Oil on Canvas
License:
All rights reserved. Exhibited on USEUM with the permission of the rights owner.
For more:
https://whose-art.com/pages/mystic-art