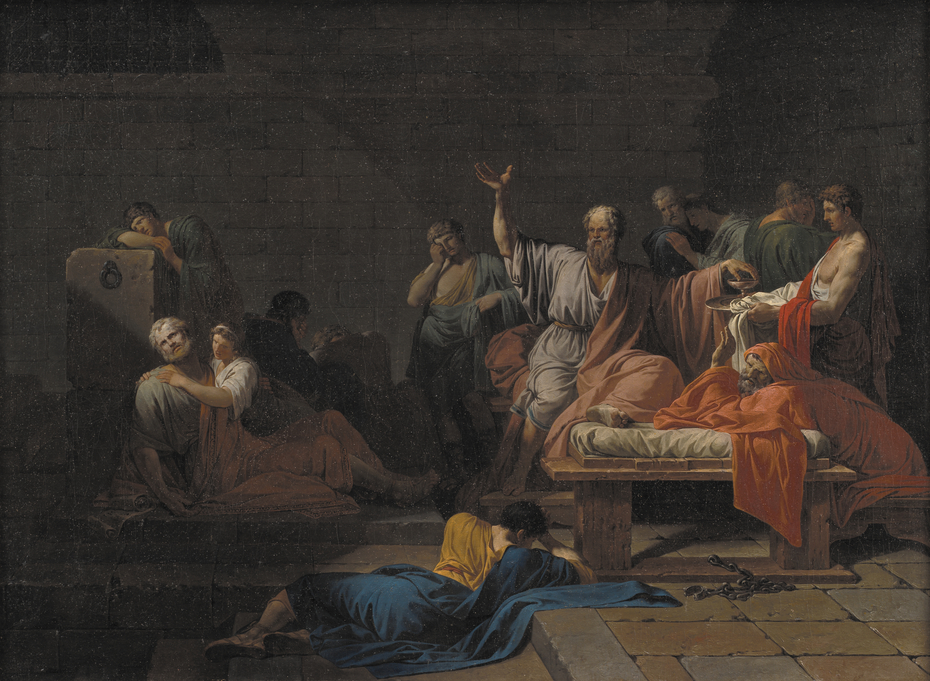 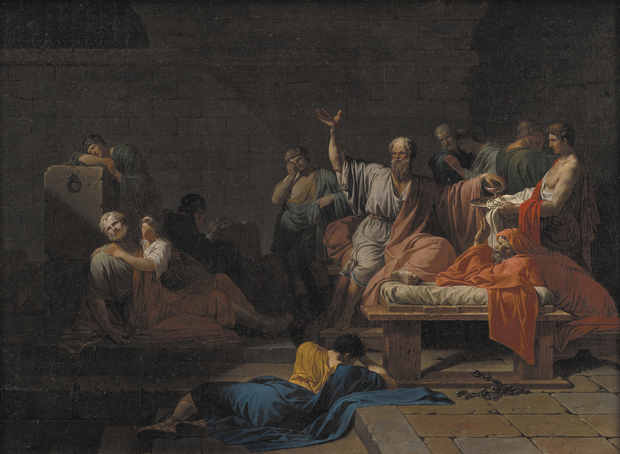 1787
At the Salon, the exhibition held by the French monarchs at the Louvre, two leading – and competing – artists both submitted a painting of this theme in 1787.

Most agreed that Peyron suffered defeat at the hands of his competitor, J.L. David (1748-1825), but even so Peyron’s picture became a principal work within French pre-revolution art.

Motif
Peyron was a favourite of the monarch’s regime, and this work was commissioned by the king’s Minister for Culture. And indeed the powers that be had little cause to be offended at the scene depicted; democratic Athens committing judicial murder with the death of the philosopher Socrates.

Socrates dies a hero’s death, for just before he drinks the deadly draught of hemlock he speaks to his students of the immortality of the soul, and with his steadfast devotion to the teacher’s calling he constitutes an exemplum virtutis, a paragon of virtue – a frequently seen theme in the art of the period.

Composition
The composition meets the standards prevalent at the time with its relief-like arrangement of the space and figures: The back wall of the room runs parallel to the surface of the picture, and all characters are viewed from the front or in profile. This corresponds to the composition used in David’s painting, which was hung at the Salon after some delay and attracted a great deal of attention there. In an attempt at avoiding comparisons with his rival, Peyron held back his own painting and only put it on display during the last few days of the exhibition period.

License:
Courtesy of the National Gallery of Denmark
For more:
http://www.smk.dk/en/explore-the-art/highlights/jean-franco…