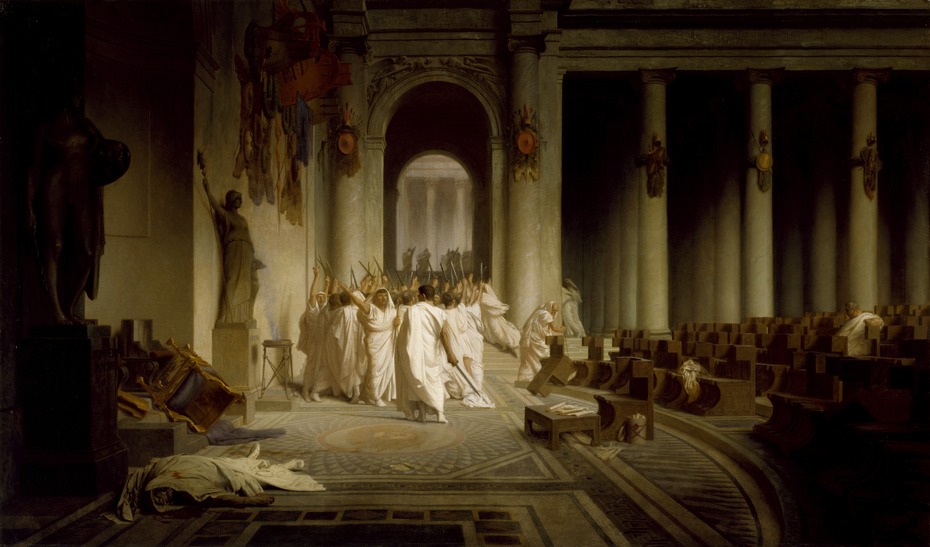 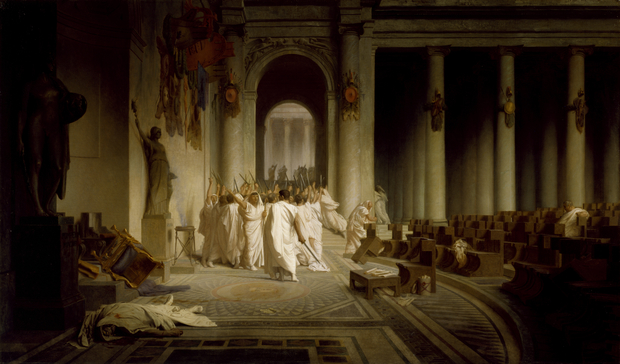 The Death of Caesar

Description:
Julius Caesar was assassinated in Rome on the Ides of March (March 15), 44 BC. Characteristically, Gérôme has depicted not the incident itself, but its immediate aftermath. The illusion of reality that Gérôme imparted to his paintings with his smooth, polished technique led one critic to comment, "If photography had existed in Caesar's day, one could believe that the picture was painted from a photograph taken on the spot at the very moment of the catastrophe."