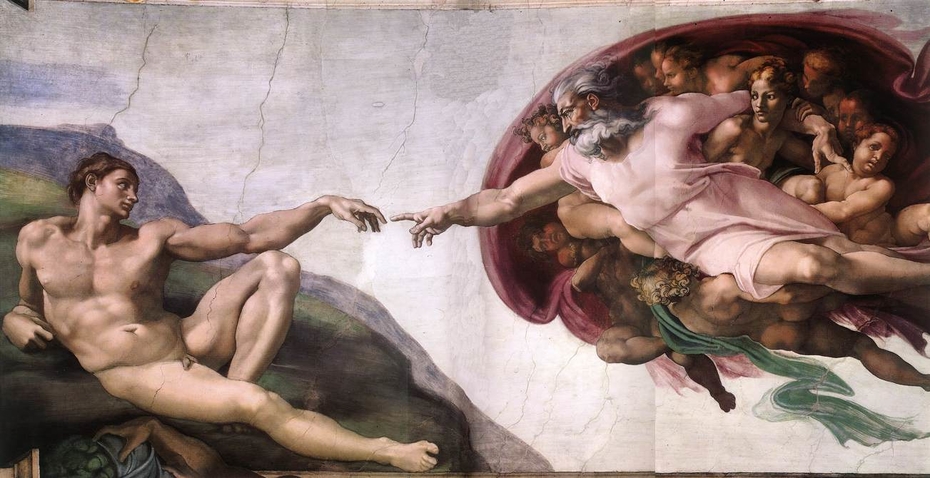 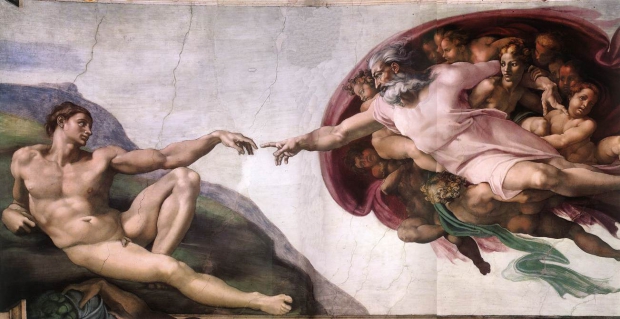 The Creation of Adam

The most famous section of the Sistine Chapel ceiling is Michelangelo’s Creation of Adam. This scene is located next to the Creation of Eve, which is the panel at the center of the room, and the Congregation of the Waters, which is closer to the altar.
It is scarcely possible to put into words the impressions roused by this marvellous painting; it is as though current passed from the painted scene to the beholder, who often feels that he is assisting at a hallowed world-shaking event. Michelangelo experiences the stages of creation within himself, retracing the way to the divine source by the double path of religion and of art. Now that, inspired by God, he has given form to Eve, elliptical and parabolic shapes begin to multiply; the number of orbits with two focal points increase. These were copied blindly during the following two centuries and became a decorative commonplace.

License:
This image may be subject to copyright.
For more:
http://www.wga.hu/frames-e.html?/html/m/michelan/3sistina/1…