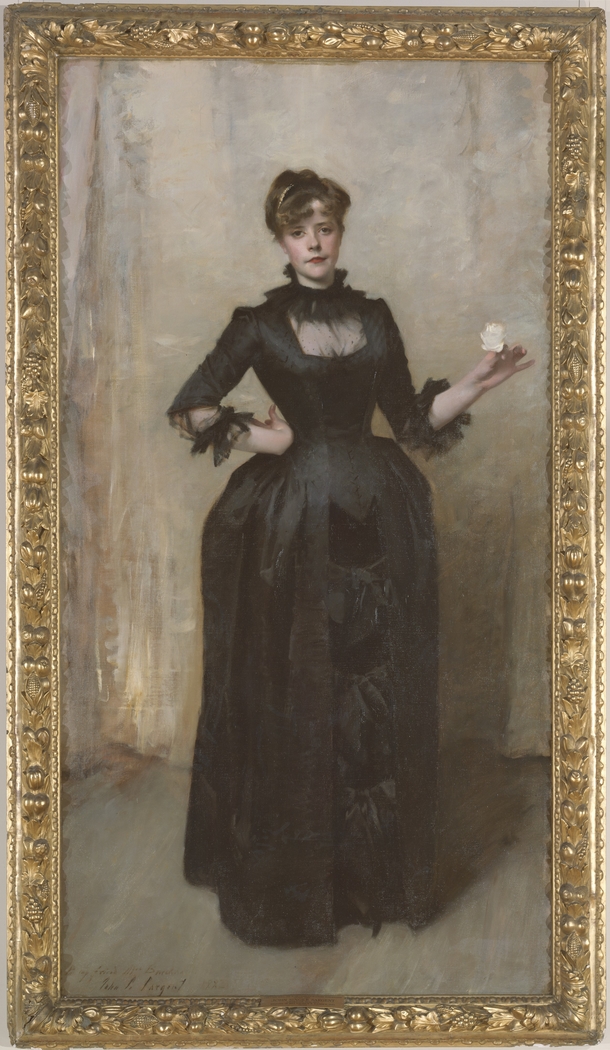 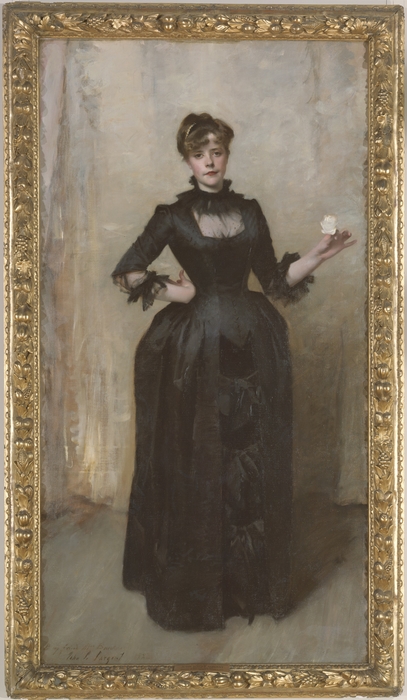 1882
Sargent’s sitter for this portrait was the twenty-year-old daughter of a Swiss merchant and his American wife, members of the artist’s cosmopolitan circle in Paris. The monochromatic palette, shallow space, and emphasis on the figure’s silhouette pay tribute to the Spanish master Diego Velázquez, whose work Sargent’s Parisian teacher, Carolus-Duran, had encouraged him to study. Sargent exhibited the portrait to great acclaim at the Paris Salon of 1882. In the words of the novelist Henry James, it offered “the slightly ‘uncanny’ spectacle of a talent which on the very threshold of its career has nothing more to learn.” (Source: The Metropolitan Museum of Art)

Notes from the contributor:
Bequest of Valerie B. Hadden, 1932