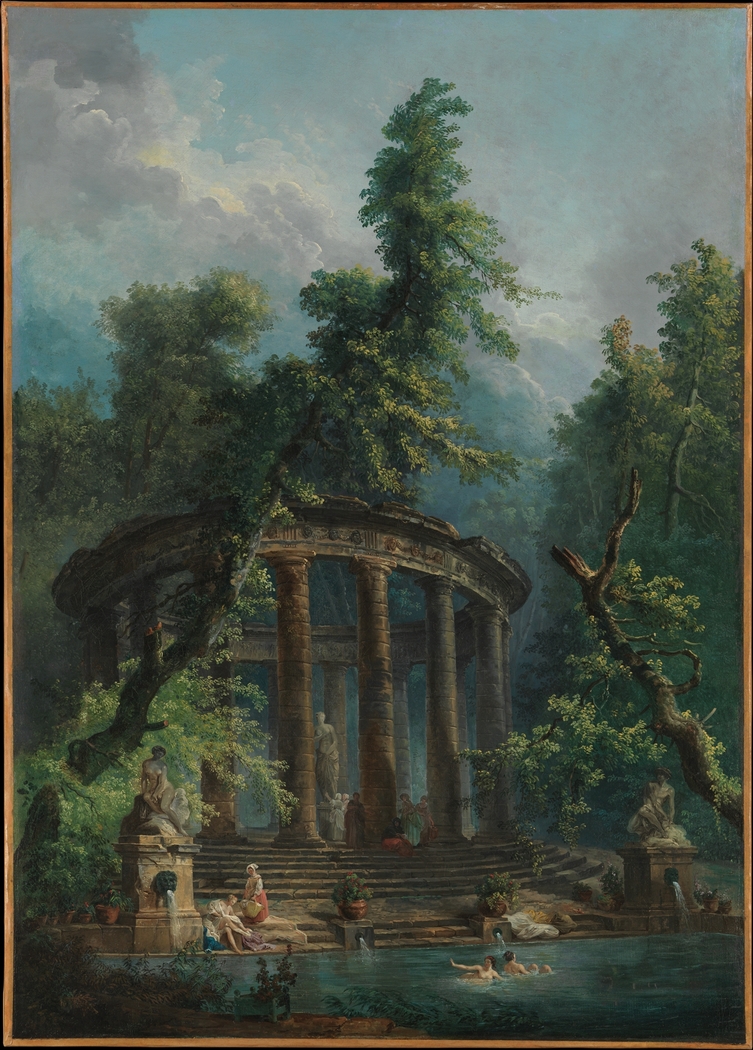 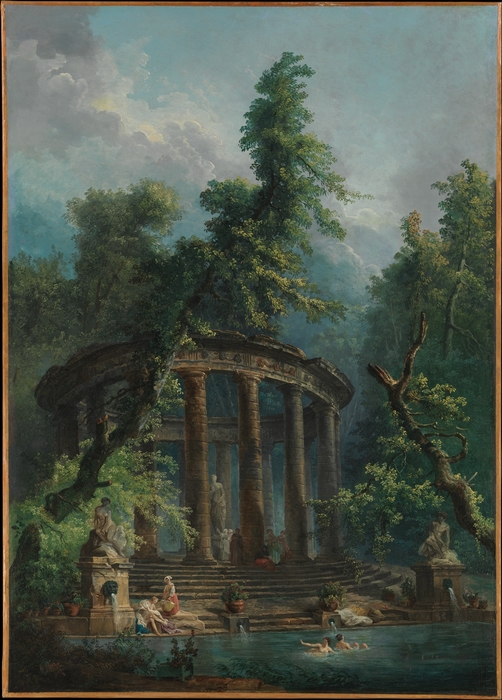 1743 - 1763
This is one of a set of six paintings from a room in the Château de Bagatelle, on the outskirts of Paris which belonged to the comte d'Artois, brother of Louis XVI. Robert often incorporated the antique ruins and monuments he had studied in Italy, in the present case the temple of Jupiter Serapis at Pozzuoli, near Naples. The statues of Mercury and Venus are based on works by the French sculptor Pigalle while the landscape is imaginary. (Source: The Metropolitan Museum of Art)

License:
Courtesy of the Metropolitan Museum of Art
For more:
https://www.metmuseum.org/art/collection/search/437473