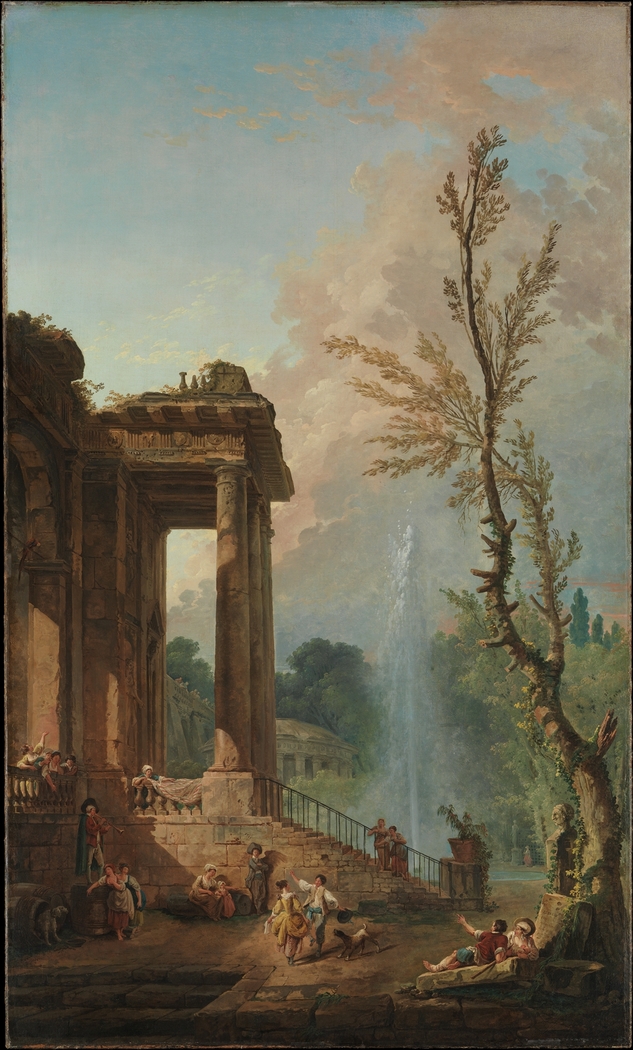 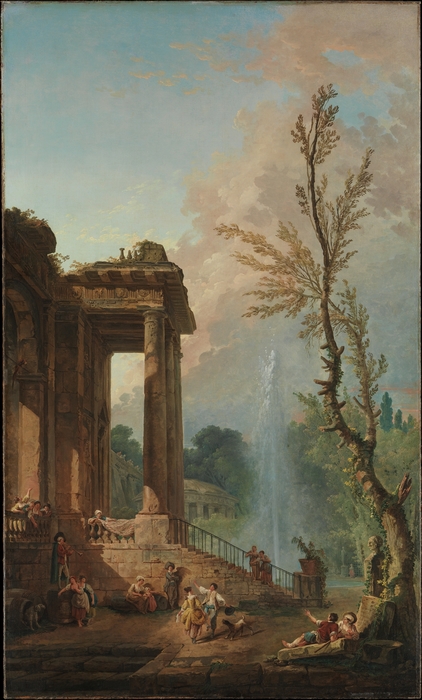 The Portico of a Country Mansion

1773
This painting commissioned by a financier, Jean-François Bergeret de Frouville, was exhibited at the Paris Salon of 1775.

Among Robert’s exhibits at the 1775 Salon was a pair of paintings listed under number 71 as belonging to Monsieur de Frouville. The full description, in translation, was "Two Paintings, one The Return of the Cattle under the Ruins in the Setting Sun, the other The Portico of a Country Mansion, near Florence." The lender was Jean François Bergeret de Frouville (1719–1783), a wealthy official whose older brother was the better known collector Bergeret de Grancourt. The pictures were well received though one critic found Robert’s works inadequately finished and another remarked that the foreground of The Return of the Cattle was overelaborated. Nothing more was heard of them until 1919, when they were exhibited at Gimpel & Wildenstein in New York.

The picture is fully signed, inscribed, and dated Paris 1773, and was therefore completed two years before it was exhibited. The composition is known in several variants, in reverse, principally a drawing in the Musée de Valence and another painting (Musée du Louvre, Paris). Neither of these includes a jet of water or additional buildings in the background.

License:
Courtesy of the Metropolitan Museum of Art
For more:
https://www.metmuseum.org/art/collection/search/437468