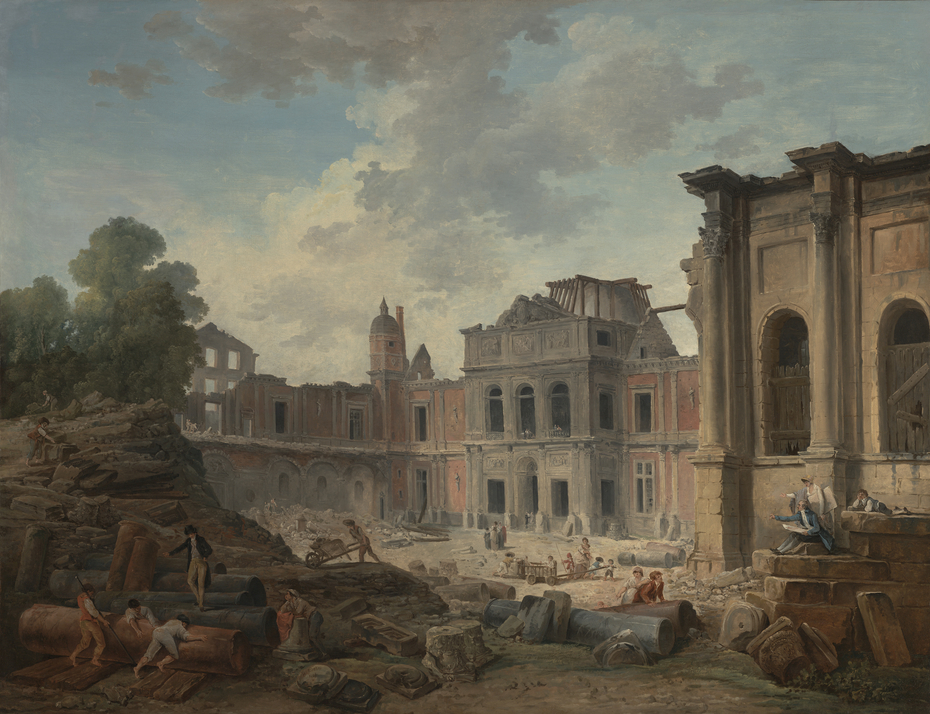 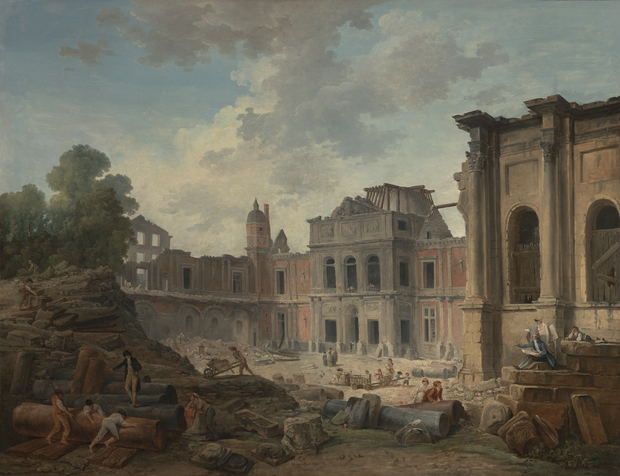 Demolition of the Château of Meudon

1806
Under a bright, sun-drenched sky, the demolition of the château of Meudon is well under way. In the lower left, a man in a top hat directs four laborers--one clearly shirking his responsibilities. Other workmen transport stones with wheelbarrows or by hand. At center, two women and a young girl admire the ruins. Other visitors have entered the structure and gaze out from a balcony. Another young woman, holding a baby, tends to a group of children playfully lugging a cart across the littered courtyard. At the right edge, an artist with a large sheet of paper on his lap, gestures at the scene below.

This diverse human activity--encompassing work, rest, and play--is dwarfed by the château itself, which although partly demolished, creates a strong diagonal axis through the composition. Hubert Robert also emphasizes the main structure by casting it in strong light. By contrast, many of the figures around the periphery of the composition are shrouded in shadow.

Located near Versailles, with a view of Paris and the Seine River, the château of Meudon was once among France's finest monuments. But during the 1700s, it fell into disrepair. During the French Revolution, which began in 1789, the château was ransacked and it suffered further damage in a fire of 1795. It was demolished entirely in 1803. Rather than documenting the site's actual appearance in that year, Hubert Robert combined fact and fiction, depicting features that had already vanished alongside still-existing elements of the structure.

License:
Courtesy of The Getty
For more:
http://www.getty.edu/art/collection/objects/225586/hubert-r…