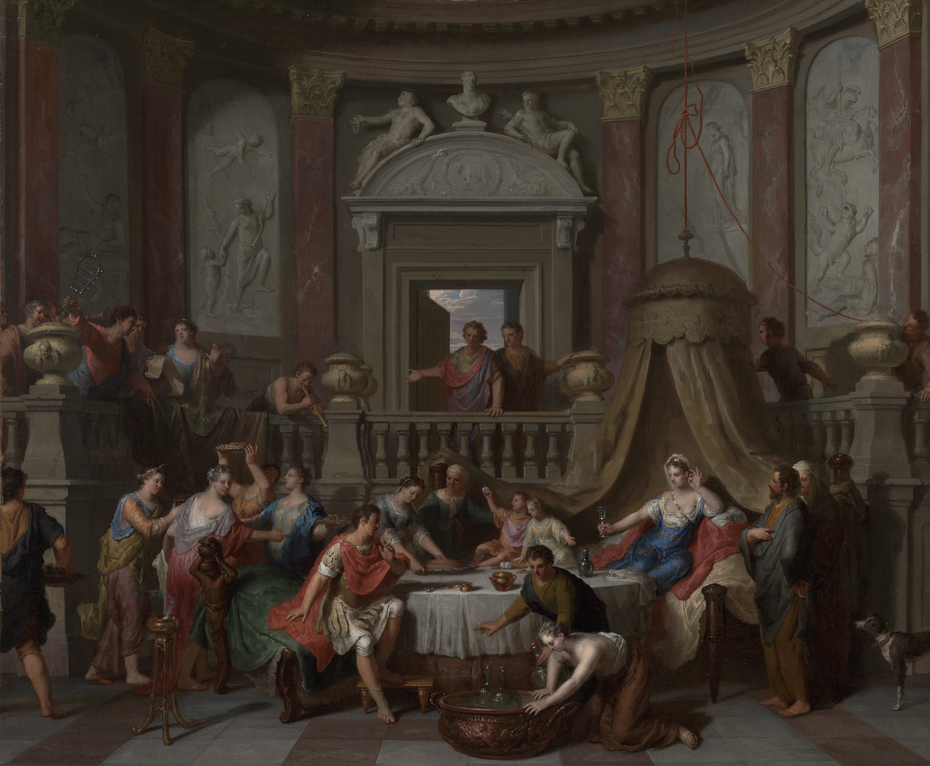 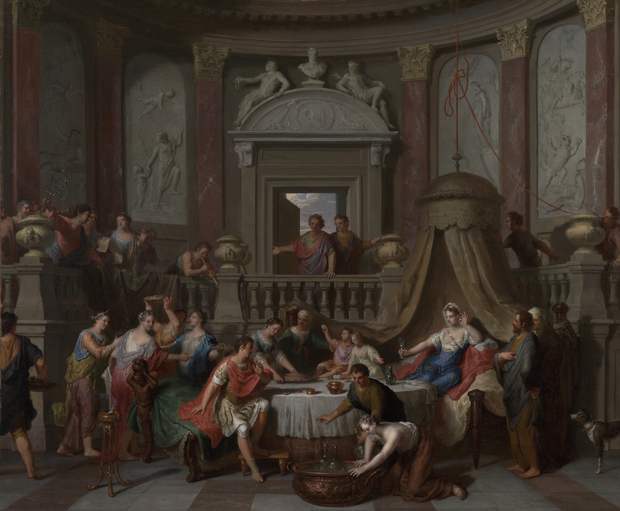 The Banquet of Cleopatra

1700
Seated under a canopy at the lavish banquet that she is hosting for Marc Antony, Cleopatra holds a glass of wine into which she is about to place a priceless pearl earring as an ostentatious sign of her indifference to wealth. The pearl dissolves in the wine, which she then drinks to Antony's health. In return, he presents her with Cyprus, Phoenicia, Coele-Syria, and parts of Arabia. Since the late sixteenth century, newly available translations of the Life of Marc Antony had led to the rediscovery across Europe of the legend of the beautiful, brilliant, and powerful Cleopatra. Her story soon became a popular subject for plays and paintings.

Gerard Hoet set his historical subject from the first century B.C. in a lavish late Baroque interior. Three versions of the Banquet of Cleopatra by the artist survive, all of which show his imaginative architectural settings and careful rendering of rich clothes and accessories. Hoet's works typify the classicizing style of Dutch academic art around 1700.