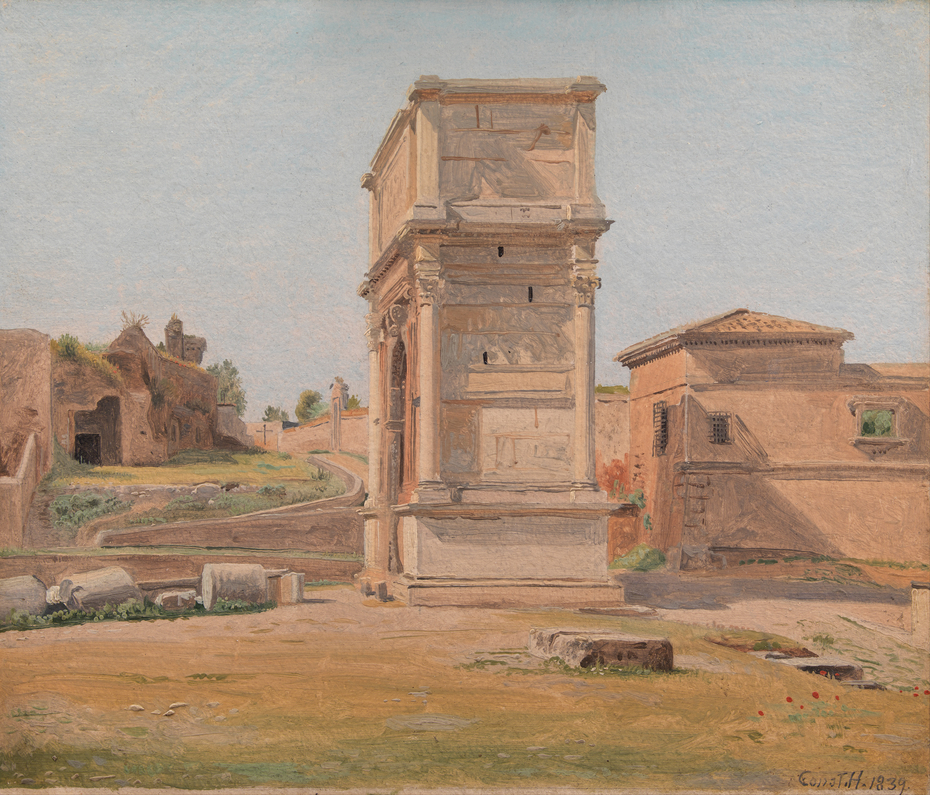 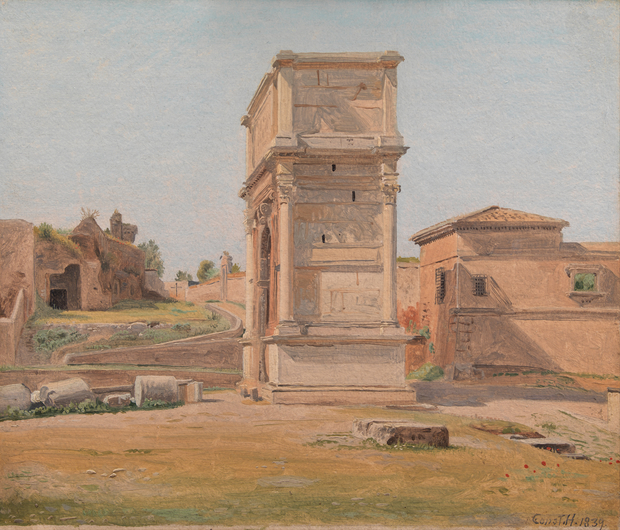 The Arch of Titus in Rome

1839
During his time in Rome Constantin Hansen painted oil studies in the open air to provide variety in between his more complex figure compositions. Outdoors, he was free of any constraints concerning his contemporaries’ expectations as regards motif, method of painting, and composition.

An unconventional angle
One of his freest and most original studies is this picture of the Titus Arch near the Forum Romanum. He depicted it from a rather unconventional angle. The arch is not seen from the front, but from the side, thereby dramatically shortening the façade. The picture does not give a representative view of the building, meaning that it was not a travel or tourist picture intended for audiences back in Copenhagen. It is a study done exclusively for the artist’s own sake.

Influenced by Eckersberg
The picture shows clear signs of the influence of the Roman architectural studies done by C. W. Eckersberg (1783-1853), Constantin Hansen’s teacher. Here, however, Hansen went further than Eckersberg ever did. He completely disengaged the architectural form from the function and significance traditionally associated with a building.

A break with the norms
The colour scheme also marks a break with the norms of the day. The artist shows a remarkable sense of the delicate, changing hues of the sunlight and in the shadows. With this picture, Hansen points towards the treatment of colour employed by the Impressionists 30 years later.﻿

License:
Courtesy of the National Gallery of Denmark
For more:
http://www.smk.dk/en/explore-the-art/highlights/constantin-…