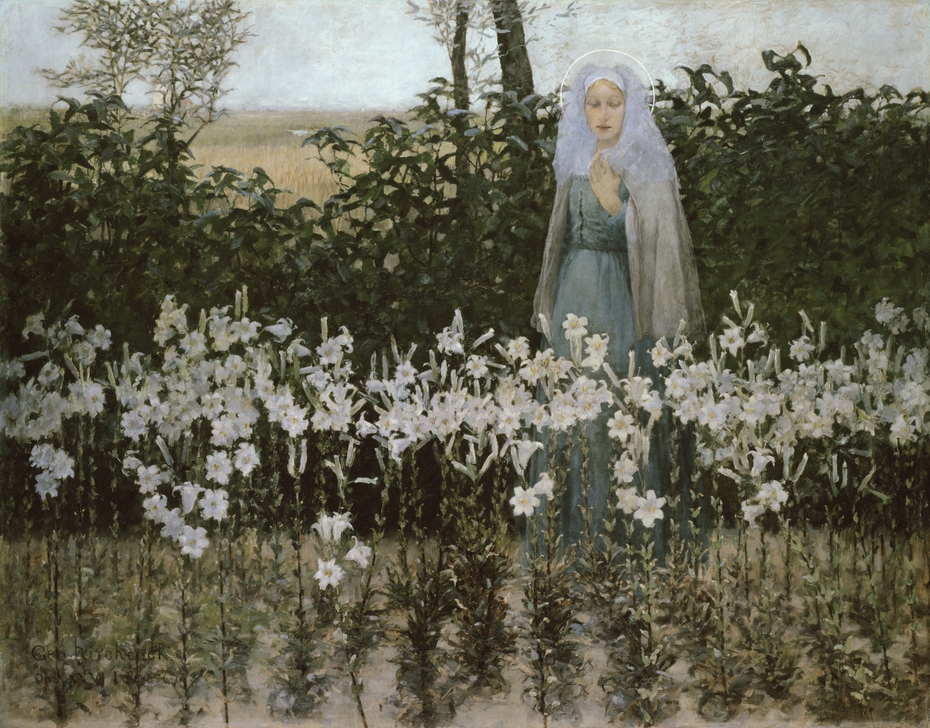 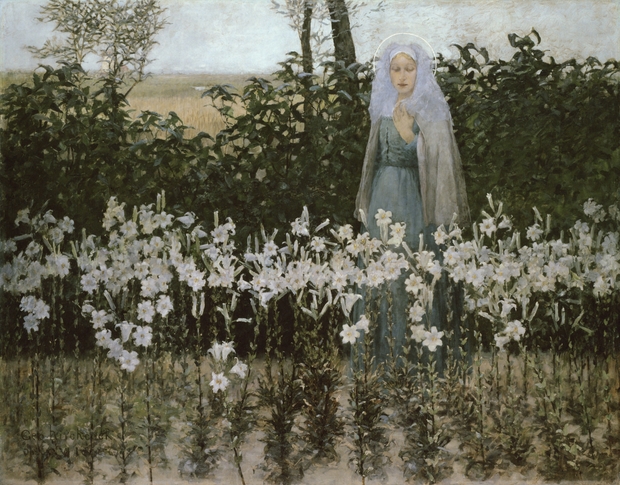 1887
In George Hitchcock’s unusual presentation of the Annunciation, the virgin is depicted as a Dutch peasant girl standing in a field of lilies. Traditionally, the lily is a symbol of the angel Gabriel, and Mary’s downcast eyes and humble stance imply that she has received his divine message. Hitchcock spent much of his life in Holland, and his work synthesizes elements of several European art movements. The choice of a religious subject, the unusual composition, and his interest in the effects of sunlight and shadow reflect the influence of the Pre-Raphaelites, the Symbolists, and the Impressionists on Hitchcock’s work.