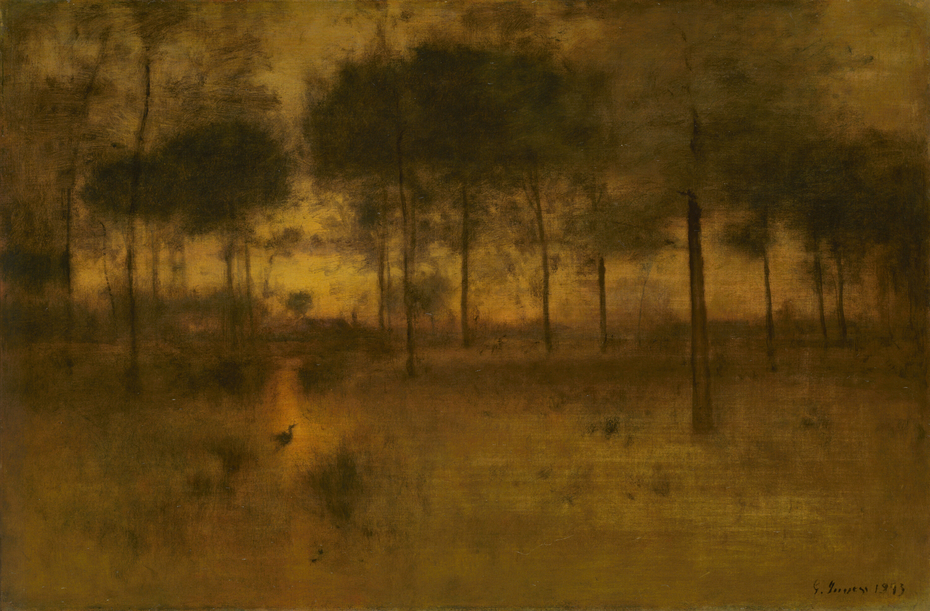 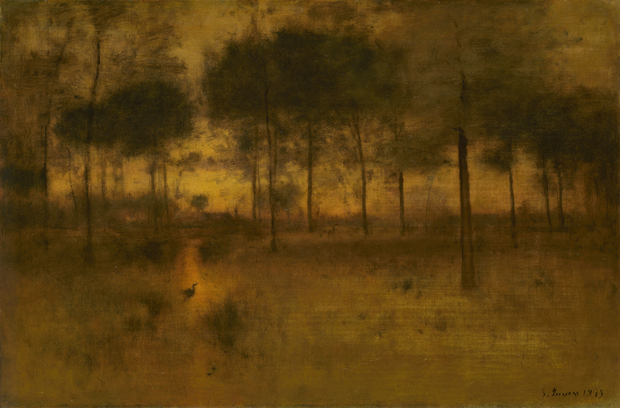 The Home of the Heron

1893
The landscape painter George Inness once explained, “The true purpose of the painter is simply to reproduce in other minds the impression which a scene has made upon him … to awaken an emotion.” Inness sought, particularly in his later years, to record not so much the appearance of nature as its poetry. To achieve this, he limited his subject matter to, in his words, “rivers, streams, the rippling brook, the hillside, the sky, the clouds.” For half a century, the artist captured these moisture-laden subjects in all seasons, during all hours of the day and night. First he made small, quick sketches in the field or wood, and then, in the seclusion of his studio, he used them to create the more than one thousand oils credited to him.

Inness completed The Home of the Heron near the end of his career, after he had finally achieved a degree of comfort and success. The painting is characteristic of his late work, with loosely rendered detail and dim objects that seem bathed in an almost incandescent glow. The picture’s blurred outlines, broad handling, and delicate, subtle tonalities, as well as the solitary presence of the heron, masterfully evoke nature’s stillness and mystery. With more than two dozen canvases by Inness, the Art Institute has one of the most comprehensive collections of the painter’s work. (Source: Art Institute of Chicago)