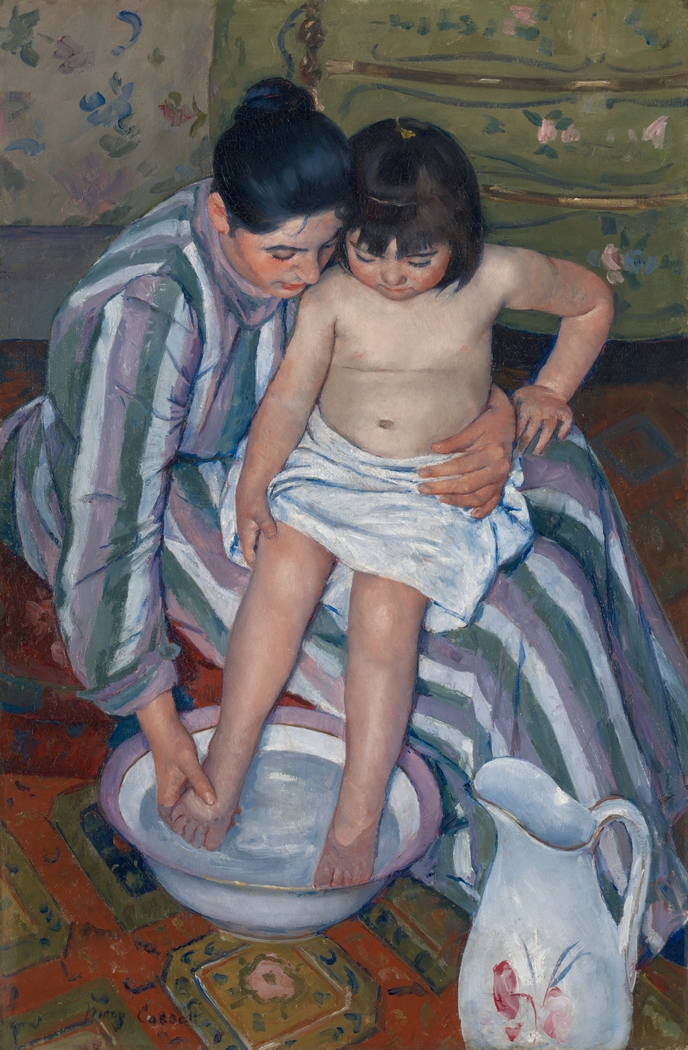 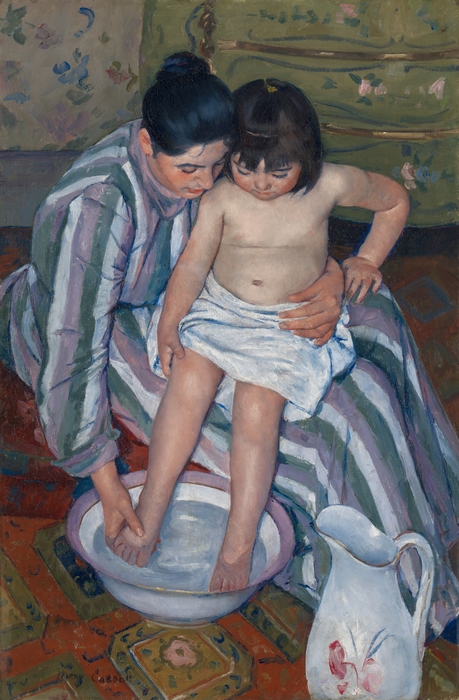 1893
In this work, Mary Cassatt addressed the theme for which she is best known—women and children—while also experimenting with compositional elements of Japanese art. Cassatt saw a large exhibition of Japanese prints at the École des Beaux-Arts in Paris in 1890, and produced a series of prints influenced by their aesthetics. The Child’s Bath is the culmination of her investigation of a flattened picture plane and decorative patterning. The intimate scene of everyday life also echoes the subject of many Japanese prints. In Cassatt’s painting, the encircling arms and gentle touch of the mother or nurse convey an overall feeling of protection and tenderness. (Source: Art Institute of Chicago)

Notes from contributor:
The only American artist to exhibit her work with the French Impressionists, Mary Cassatt was first invited to show with the group by Edgar Degas in 1877. By that time, she had become disenchanted with traditional academic painting. Like her friend Degas, Cassatt concentrated on the human figure in her Impressionist works, particularly on sensitive yet unsentimental portrayals of women and children. The Child’s Bath, with its striking and unorthodox composition, is one of Cassatt’s masterworks. In it she employed unconventional devices such as cropped forms, bold patterns and outlines, and a flattened perspective, all of which derived from her study of Japanese woodblock prints. The lively patterns play off one another and serve to accentuate the nakedness of the child, whose vulnerable white legs are as straight as the lines of the woman’s striped dress. The elevated vantage point permits the viewer to observe, but not participate in, this most intimate scene. Cassatt’s composition thereby reinforces her subject: the tender absorption of a woman with a child.